One of the most irritating things about the new iPhone 5 and iPad mini is that Apple ditched the 30-pin connector and went to the new Lightning Connector. That change was annoying because it meant that all of the accessories you had for all those years for your Apple gadgets would no longer work natively with your shiny new toys. If you’re a musician, Griffin has announced a new accessory that it claims to be the industry’s first music creation accessory with a Lightning Connector. 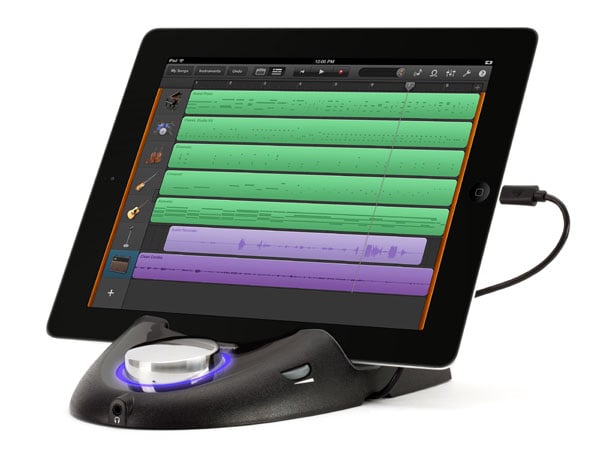 The StudioConnect was previously only available for 30-pin Apple gadgets, but the new version supports the iPhone 5 and the iPad mini. The system is designed to provide connectivity for guitars, stereo audio, and other input sources and offers a Lightning charging dock in one device. The device also has line-level RCA stereo output and a stereo headphone output with a separate volume control.

The device is designed to work with GarageBand and allow musicians to create their own music on the go. The device offers audio inputs and outputs as well as MIDI input and output, so you can connect external instruments, sequencers, and other electronic gear. The new StudioConnect will sell for $149.99(USD) and the updated version will be available this spring.