If you’re lucky and if you do things right, then you’ll probably only have to plan a marriage proposal only once in your entire lifetime. So why not expend the right amount of effort and pour excessive loads of creativity and thoughtfulness into it to give your significant other the proposal of her (or his) lifetime?

Redditor rad_rob gave it a shot with his iPad proposal. Eddie wowed his girl (and thousands of geeks worldwide) with his Iron Man arc reactor proposal.

Matthew, on the other hand, popped the question with a Kinder Surprise Egg. 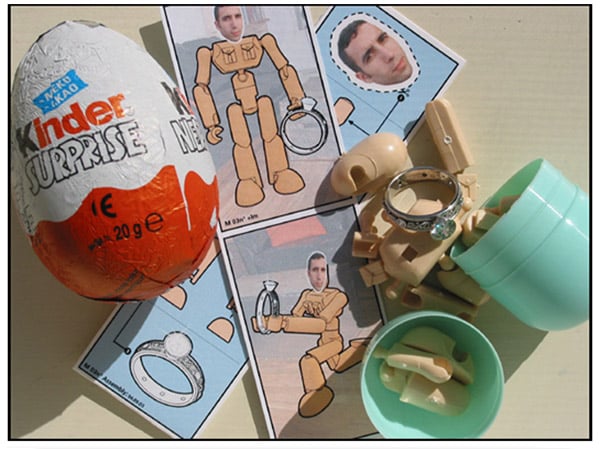 Matthew and Lori used to buy and gift each other with Kinder Surprise Eggs all the time before they were banned a few years ago. So Matthew decided to use it as the basis for his proposal and painstakingly took the chocolate egg apart and replaced the toy inside with a robot figure that, when assembled, forms a tiny MatthewBot on bended knee. 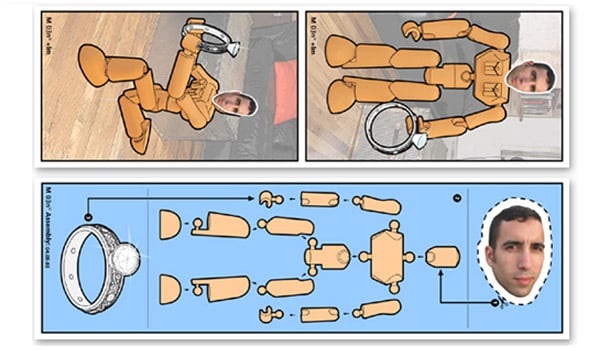 Of course, the ring itself was also inside. And in case you were wondering, Lori said yes.

[via SwissMiss via Neatorama]