Taking aim at the multi-billion dollar gaming industry, NVIDIA today revealed its own mobile gaming console, codenamed “Project Shield,” which is designed to combine the best of Android handheld devices with the best of console gaming. 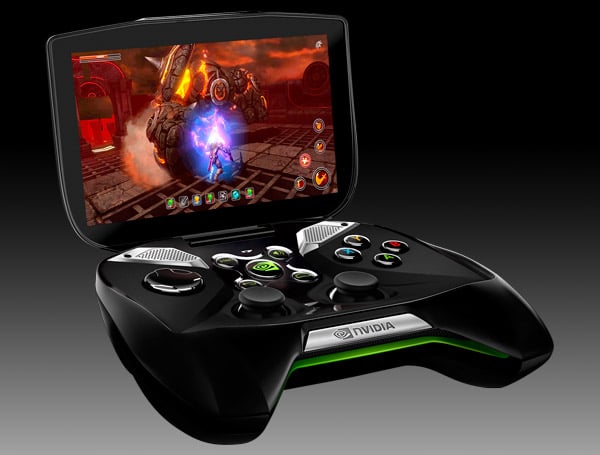 The compact handheld is powered by NVIDIA’s powerful new Tegra 4 processor, which has a whopping 72 GPU cores, and 4 A15 CPU cores (though it’s not clear if it comes with the 4G LTE modem processor that’s offered in the Tegra 4.) It’s got a full console-quality controller built in, complete with dual analog sticks, a D-Pad and all the buttons you’re used to. You’ll also find a pair of tuned-port bass-reflex speakers which are supposed to provide higher-quality audio than typically found in a handheld. 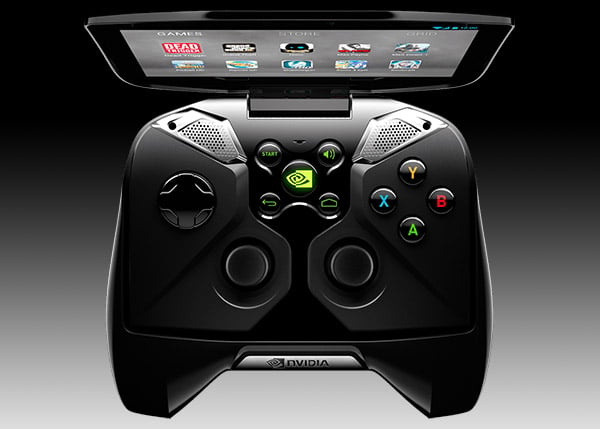 It also has standard HDMI, microUSB and 3.5mm jacks, as well as a microSD slot for storage. At 5″ diagonal, its 720p touchscreen display is only about the size of a large smartphone. 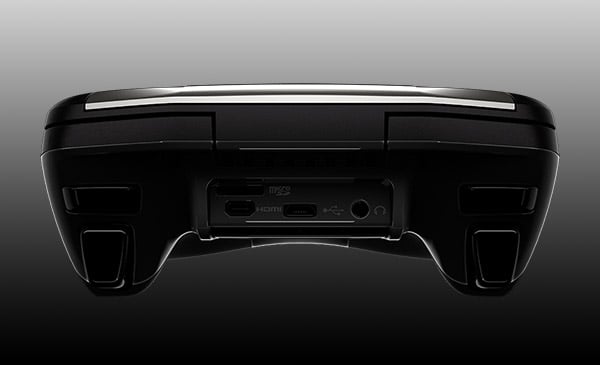 There’s a complete Android Jelly Bean-based system built into the lid of the Shield, providing full HD video when connected to a TV via HDMI. They also are expecting to offer a wireless video capability like AirPlay down the road. It can even play 4K video, if you’ve got a high enough res TV for that. Of course, you can always play games, videos and music directly on the handheld’s small screen. 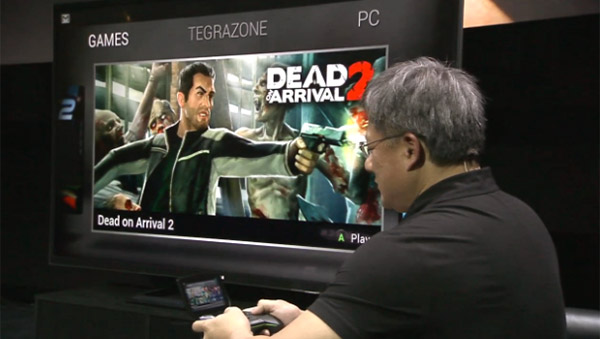 During the launch demo for CES 2013, they showed a set of Project Shield handhelds playing Hawken head-to-head, so it’s definitely capable of supporting multiplayer gaming. The device can even wirelessly stream and play games from your PC if it has a GeForce GTX GPU, though the CES 2013 demo of this capability stumbled a bit. 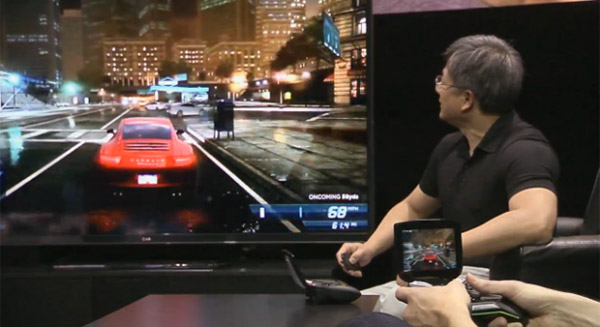 There’s no word yet on pricing or a release date for Project Shield, but I’m certain we’ll hear much more about it in the coming months.