Corsair Voyager Air Keeps You Connected on the Go

Corsair has been a name in the computer accessory and peripheral market for a number of years. The company first made its reputation for creating some very speedy memory for enthusiast computers. Corsair also makes a number of USB devices such as flash drives and more. At CES 2013, Corsair unveiled a new mobile storage device called the Voyager Air. 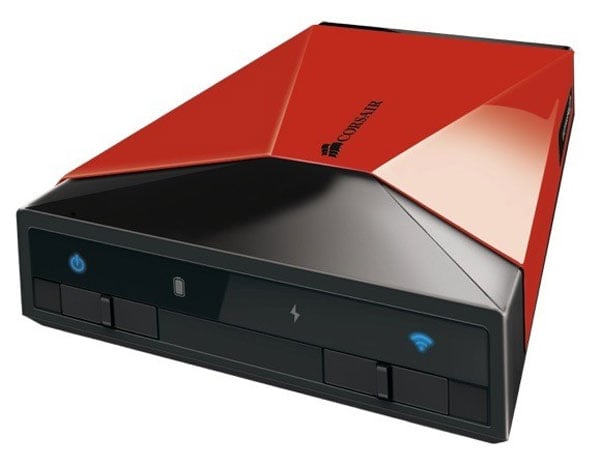 The Voyager Air is an all-in-one wireless mobile drive and home network storage solution. The portable hard drive comes in capacities of 500 GB or 1 TB and has integrated Wi-Fi, a rechargeable battery, Ethernet, and USB 3.0. When connected to an Ethernet cable, the Voyager Air acts as network connected storage.

The integrated Wi-Fi means that the Voyager Air can also act as a wireless network hub and repeater. An internal battery promises seven hours of use per charge. Corsair also has apps available for computers and smartphones which will allow users to stream video from the Voyager Air directly to their devices. The 500 GB version of the drive will sell for $199(USD) and 1 TB version will sell for $229 when they launch this February.