Perhaps it was because it gave me the chance to pretend I was a surgeon at age 10, or maybe it was just the risk of tiny shocks that made Operation one of my favorite childhood games. Of course, as I grew up, video games took over, and Mega Man was certainly in heavy rotation on my NES console. So when I saw this game which combines Operation and Mega Man, I though it would have been perfect for me when I was a kid. 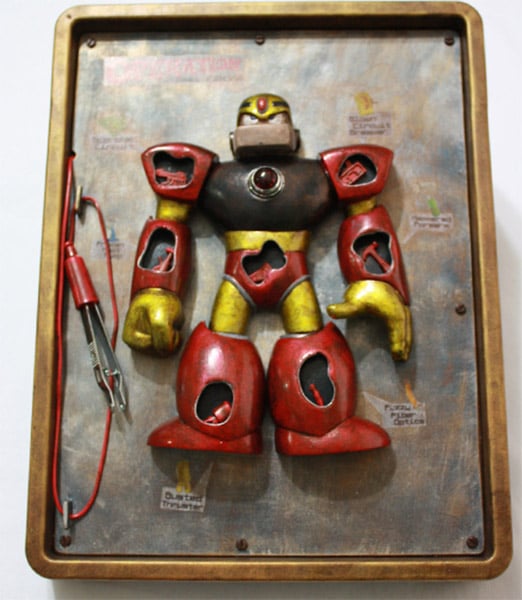 This customized Operation game features the mighty and powerful Guts Man from the Mega Man games in place of Cavity Sam – yes, that guy had a name. It was made by toy hacker Kody Koala, who previously gave us the grotesque Gutsman anatomy doll. This mod got its start as an Iron Man Operation game and a Guts Man vinyl toy, bogth transformed by Mr. Koala into an awesome version of the classic electronic board game. As expected, all of his innards hanging out for you to perform various -ectomies on. 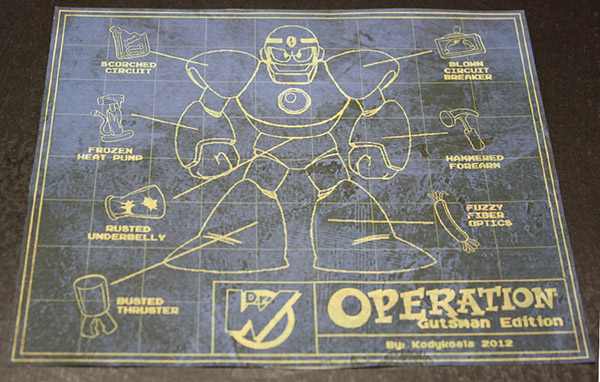 In place of classic guts like the Funny Bone and Spare Ribs, Guts Man has a Frozen Heat Pump and a Rusted Underbelly. The game is fully-functional, and even includes custom Gutsman inspired money to play with.  Of course, his chest light illuminates if you make any surgical gaffes – though I’m not sure what sounds he makes when you goof up. I’m guessing the ones from Iron Man Operation, since he has the exact same part names. 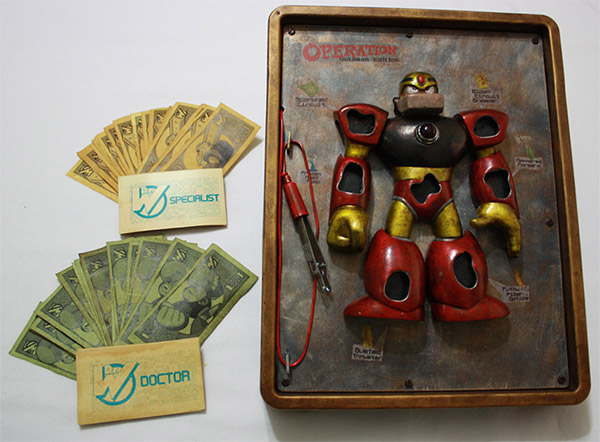 Of course, all of this awesomeness doesn’t come cheap. You’ll need to save up $225(USD) to get your hands on this thing. But if you’ve got the dough kicking around (and not Monopoly money), then head on over to Etsy and grab it up, before another budding surgeon does.