While they’re not the first Legend of Zelda playing cards, these ones are still quite beautiful, and a worth addition to any Zelda collection. They were made to celebrate the 25th Anniversary of the game, and are imported from Japan. 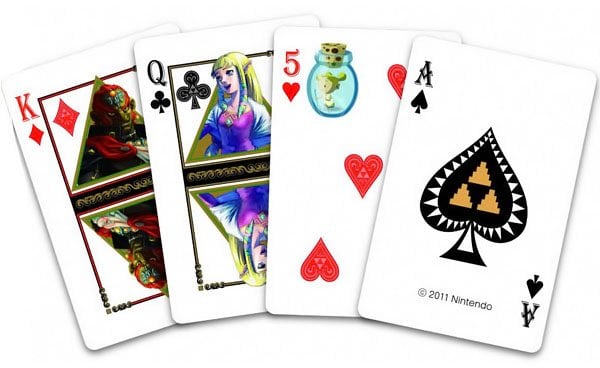 They’re an officially licensed Nintendo product, and feature images from all of the past Zelda games. On the back of every card there are four variations of Link. They look like quality cards and are nicely detailed. 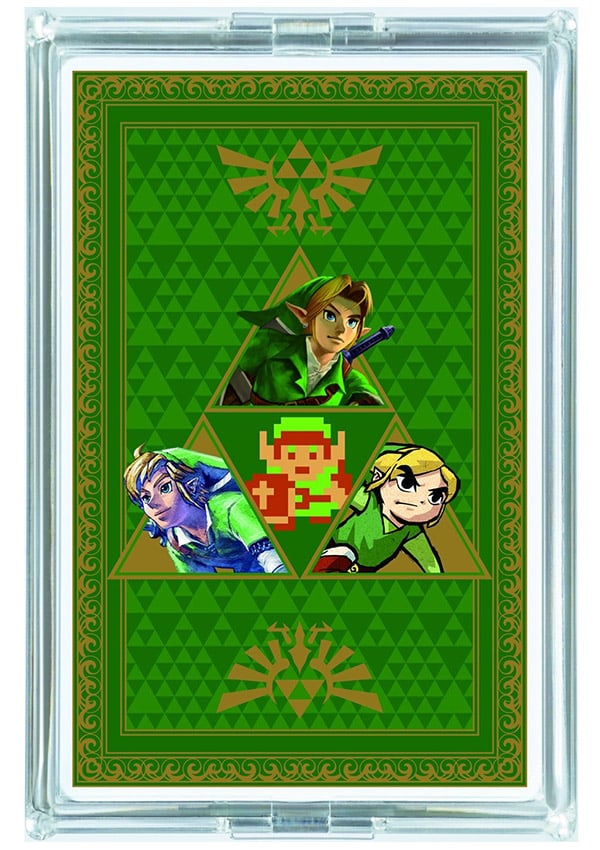 You can buy the set on Amazon for anywhere from about $17 to $30(USD). It’s dangerous (and sometimes boring) to go alone. Take these cards with you and play some poker during your downtime.