We’ve seen plenty of geeky room makeovers in the past months. There was the TARDIS room, the Skyrim basement and the spaceship bedroom. Vaughan, Ontario resident Jason Shron is a train geek – in fact, he makes model trains for a living – so naturally he made a replica of a train car in his basement. Naturally for him I mean. 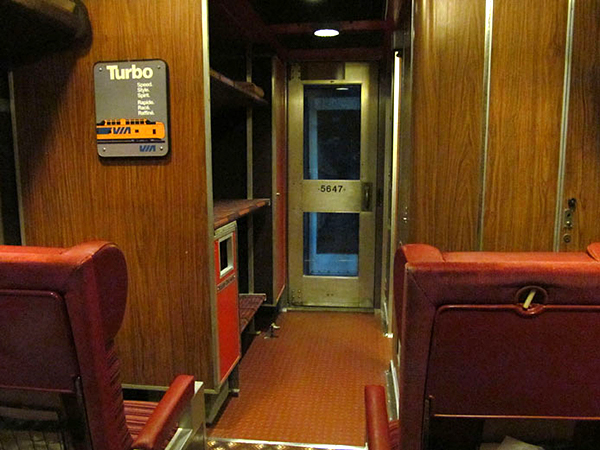 Jason’s happy place is a replica of a VIA Rail train car from the 80s. According to Global Toronto the exterior of the train is made from drywall, but it’s mostly authentic on the inside. It took him 4-1/2 years to build, and Jason even made fake emergency kits and, on one end of the train, a photo mural depicting a neighboring car to complete the illusion. Shron lucked out with many of the replica’s parts; he got them from an old car that was about to be scrapped.

You can read more about the train at the link and on Jason’s company newsletter. I have a replica of an office space – in fact I’m in it right now – but I’m pretty sure you wouldn’t want to see it.