Lilliputian Systems and Brookstone have announced that they have teamed up for the launch of a new mobile power system called the Nectar Mobile Power System. Neither of those companies specifically come out and say just how the Nectar system generates power. It uses a Nectar Pod, which is hot-swappable to create energy, presumably using fuel cell technology. 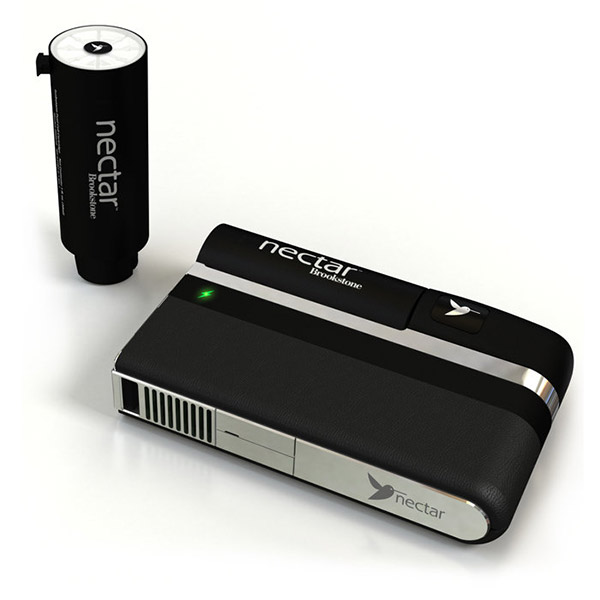 Each Nectar Pod provides 55000 mW-hours of electricity – enough energy for about two weeks of device charging. When one pod runs out, you simply pop another pod in and you can keep your devices charged indefinitely. The manufacturers say that the lightweight and portable device can charge any device that uses the USB 2.0 power standard. Nectar Pods and the power system itself are both certified to be allowed to be taken on commercial aircraft as well.

The charging system will be available this summer with the charger itself costing a rather pricey $299.99(USD). Replacement Nectar Pod cartridges will sell for $9.99 each. You can pre-order the Nectar over at Brookstone.