There are a lot of people out there who feel the overwhelming need to share everything about their daily lives. I’m sure you know these people, the sort who have to tweet pictures of what they had for breakfast and lunch and are constantly updating their Facebook status to show what they’re doing right that moment. If you happen to be this sort of person, Panasonic has a new wearable action camcorder unveiled at CES 2013 that will let you stream your life to people who care. 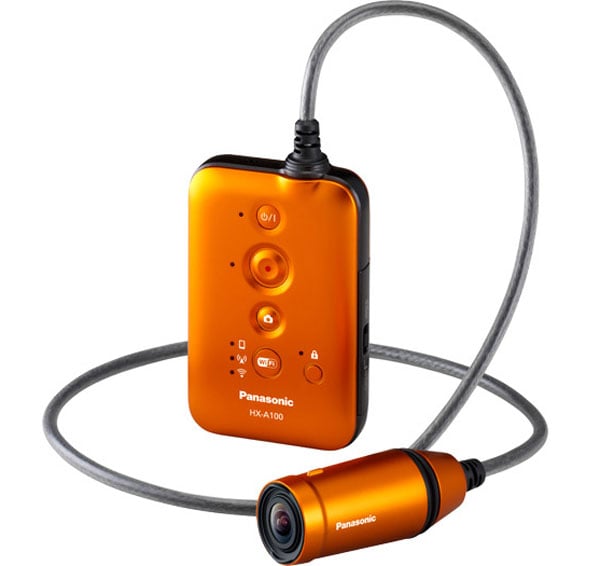 The wearable camcorder is called the HX-A100 and it is both waterproof and dustproof with an IPX8 rating. That means the camera can be used in up to 5 feet of water for up to 30 minutes without damage. The wearable camcorder also has integrated Wi-Fi connectivity allowing you to broadcast live streaming video on Ustream in full HD resolution. It can also be mounted to a helmet or a backpack and has an ear hook allowing you to mount it on your ear as well.

While you might not want to wear this thing during your everyday life, it might be cool for streaming live action shots – assuming you have a smartphone Wi-Fi hotspot in your other pocket, and a decent cellphone signal.