Steampunk Batman Blaster Pistol: Where Does He Get All Those Wonderful Toys?

If you’ve ever read any of the Elseworlds trade paperbacks from the DC Universe, then you have seen your favorite heroes in “What if” scenarios – like Superman being a hero in Gotham while Batman is in Metropolis, or Batman in the Civil War – that sort of thing. Well, if you like your Batman from the Victorian era, check out this Steampunk Batman gun. 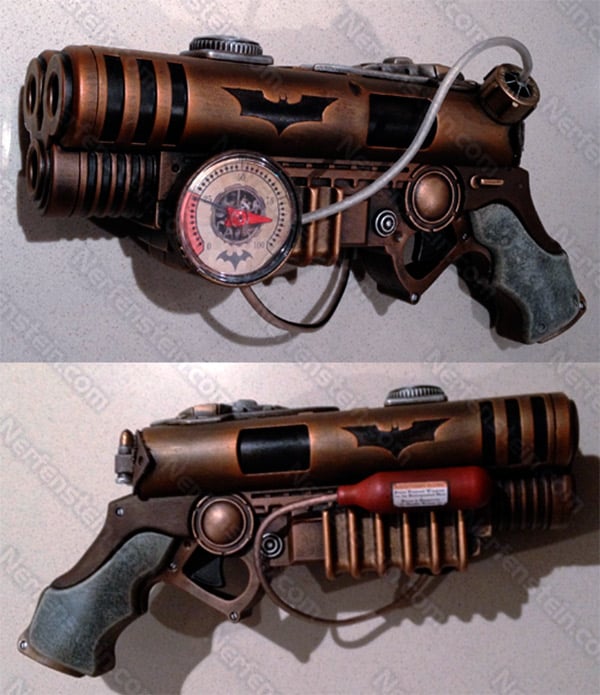 We’ve seen plenty of Steampunk weapons before, but I have never seen one specifically made for the Caped Crusader. This gun was originally a Mattel Triple Barrel Grapnel Gun, which can fire soft projectiles, a la Nerf.

It was painted up with copper and given some Bat decorations by Nerfenstein. I love the detail and now I want to see some Elseworlds stories on the big screen. We can start with Batman in Victorian London, packing this gun.

[via Urbantaggers via Obvious Winner]