My local movie theater has a number of auditoriums with different screen sizes. While most of those theaters have flat screens, I’ve noticed that the larger auditoriums have screens that are actually curved. Apparently, that curvature has something to do with making the surface a uniform distance from the viewer’s eyes. 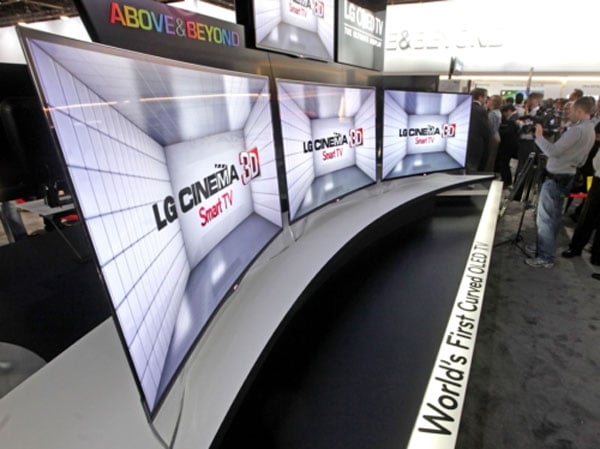 At CES 2013, LG is showing off prototypes of the world’s first curved screen OLED TV. LG says the reason for that curvature is to ensure that the entire screen surface is the same distance from the viewer’s eyes removing any problem with screen-edge visual distortion and the loss of detail. Of course, the curved screens just plain look cool too.

The first curved OLED screen is 55-inches wide and uses LG’s four-color pixel system that has a white subpixel working along with the traditional red, green, blue set up. The extra white pixel gives the TV better color and improved brightness. Pricing and availability on the TV is unannounced, but given the fact that their plain old flat OLED screen will sell for about $12,000, you won’t be seeing these in living rooms any time soon.