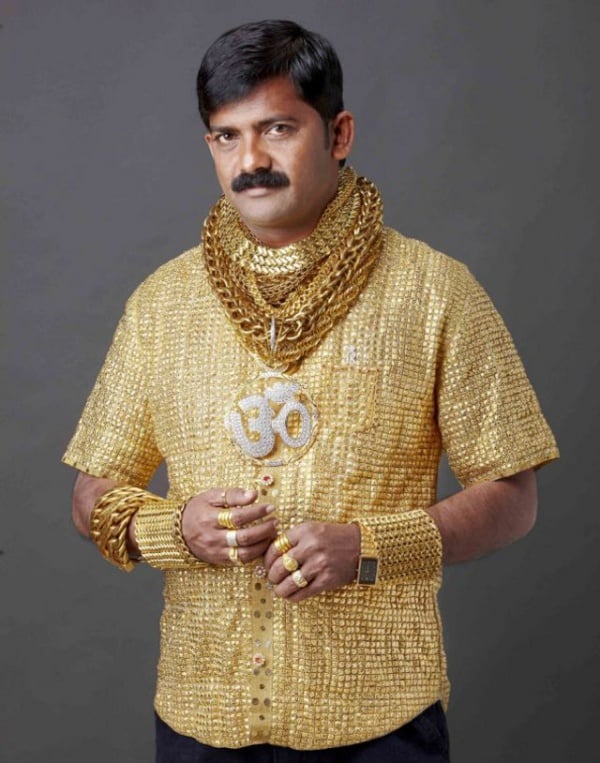 I kid you not. Phuge allegedly had the shirt made both as an investment and as something that he hopes will attract the ladies. The shirt took a team of 15 goldsmiths two weeks to make, working 16 hours a day creating and weaving the gold threads.

Regarding the price, it turns out that there’s some confusion as to the actual value of the shirt, with some sources reporting that it’s worth $230,000 and others saying that it’s priced at $23,000. Either way, we think that’s an excessive amount to spend on a mere shirt. Especially one that looks as ridiculous as the one Phuge is wearing proudly in the picture.

Phuge was quoted as saying: “I know I am not the best looking man in the world but surely no woman could fail to be dazzled by this shirt?”

He doesn’t sound like he knows much about women, does he?