If you love being able to emulate classic games on your phone but hate the clumsy touchscreen controls, there is yet another answer. Look to the ghost of gaming past and hack a Game Boy to use it as a controller on your Android phone. 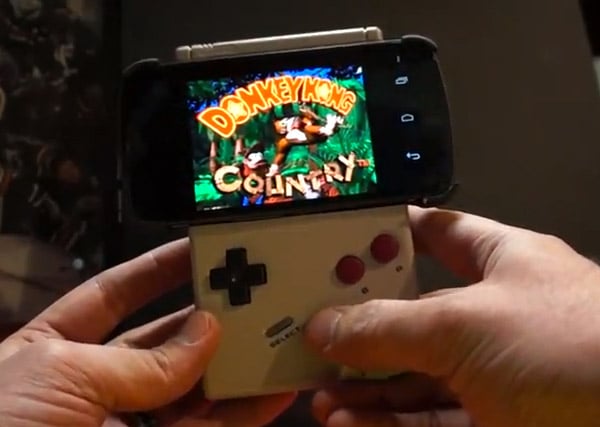 It just takes some technical know-how, a few hours when you aren’t playing games, and a spare Game Boy from yesteryear. Just like that, you’ll have a mount for your Android phone that is also a controller. And it looks pretty good too.

Instructables contributor alpinedelta is set to become a geek folk hero with this mod, since we are all bugged by crappy controller options. His mod combines the case of an old Game Boy, the guts of a Wiimote and an Android phone case. Check out the video and see if you want to attempt this for yourself.

While the demo shows off a SNES emulator, it might be fun to play some old Game Boy games on it too.

[Hack a Day via Geekosystem]