I’m hoping future iPhones will be equipped with Tactus’ tactile touchscreen, but until then those of us who need physical keys will have to settle for iPhone keyboards. The EX Hybrid Controller seems like a good option for iPhone 5 owners. 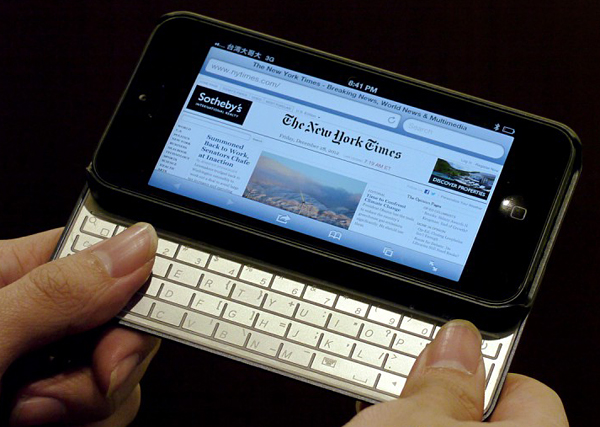 Despite sounding like an arcade stick for consoles, the EX Hybrid Controller is actually made of three pieces. There’s a keyboard, a gamepad and a back cover. Both the keyboard and gamepad attach to the back cover via magnets. They also both use Bluetooth 3.0 and are a mere 2mm thick. Supposedly they can last for up to 40 hours (160 hours on standby) and can be recharged in just one hour. According to the seller iPhone5mod, the gamepad module works with all games that are compatible with the iCade. That’s a little disappointing, but in its defense we know that no controller on the market works with all iOS games, and the iCade is the closest to a controller standard we have for now.

This definitely has some neat features, though it’s hard to tell if such a flat keyboard and gamepad will really help, since there’s really no tactile feedback. If you’re already sold on the idea, you can order the EX Hybrid Controller from iPhone5mod for $60 (USD).