Smart Filing System Knows Where Your Paper Files Are, Never Needs a Defrag

Even with cheap hard drives and scanners and all this talk of moving data to the cloud, the truth is most of the world’s offices still have tons of paper documents. A company called iMicroData aims to bring the convenience of digital filesystems to physical archives with the Smart Paper Filing System. 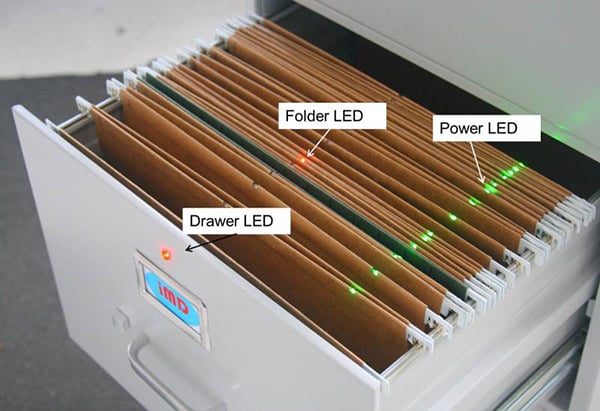 The Smart Filing System uses RFID tags and Wi-Fi to keep tabs on physical files. iMicroData claims that their system can keep track of up to 4 billion folders, the equivalent of 40 million standard size file cabinets. The drawers in a Smart Filing System file cabinet have conductive rails on which special folders with built-in LEDs rest. 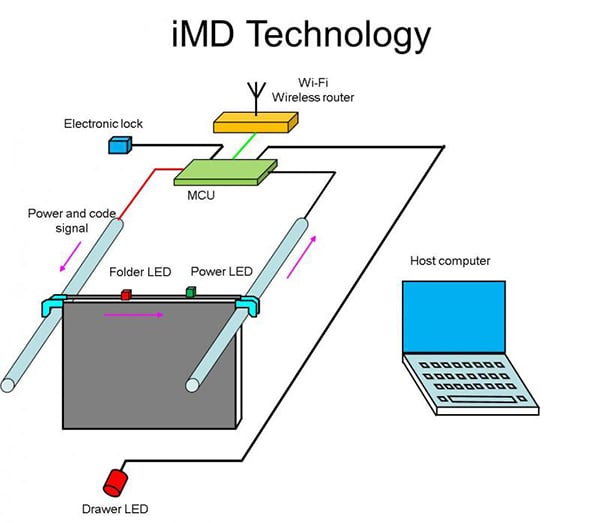 The idea is for users to enter the name of a folder on the Smart Filing System’s program, along with any relevant keywords or tags. I’m not sure if the program then automatically reserves a space in a particular filing cabinet or if the user also has to mark the folder in some way. iMicroData just says that “[t]here is a motherboard installed in the cabinet, which generates the system address of a given folder.” 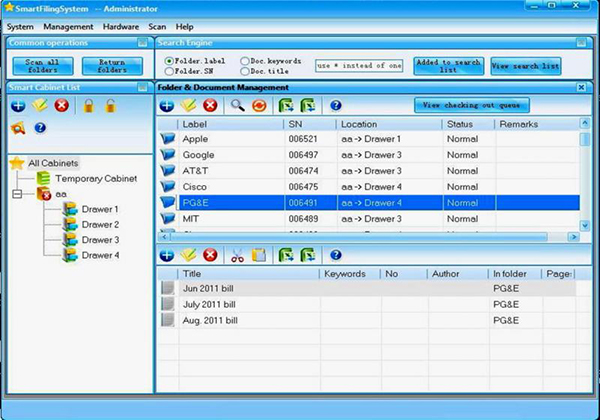 But after that mysterious indexing process the user is free to forget where he placed the folder. As shown in the top picture, when a user searches from the application the drawer that houses the folder automatically unlocks while an LED on its door blinks. Inside there’s another blinking LED that points to the folder itself. There’s also another LED that shows if a folder’s tab is properly connected to the conductive rails. 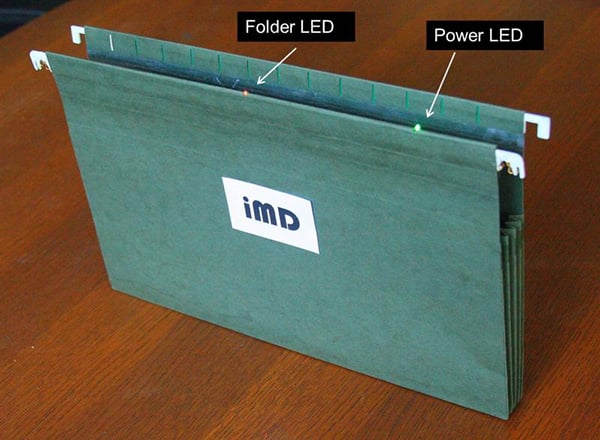 Users can also tell the smart cabinets when they have moved a file by pressing a re-file button on the cabinet, which prompts the system to save the new location. 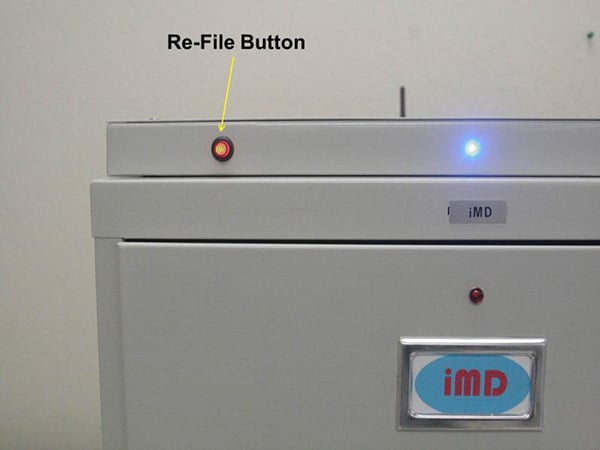 According to C|NET, iMicroData is selling a master filing cabinet for $2,000 (USD) each, while secondary linked cabinets go for $1,500 each. It sounds like a primitive version of the file system on computer operating systems doesn’t it? Plus it still leaves a lot to humans. The indexing thing is the system’s weakest link. Not only does it depend on whether the person filing a folder uses tags and titles correctly, it sounds like a massive effort for companies with lots of existing files. I can say the same thing about the whole re-filing thing. But I suppose it’s a lot better than expecting a few people to know exactly where a single document is.