There’s literally tons of Angry Birds merch on the market, and most of it is pretty craptastic. But these Angry Birds characters that open up like Transformers are brilliant. 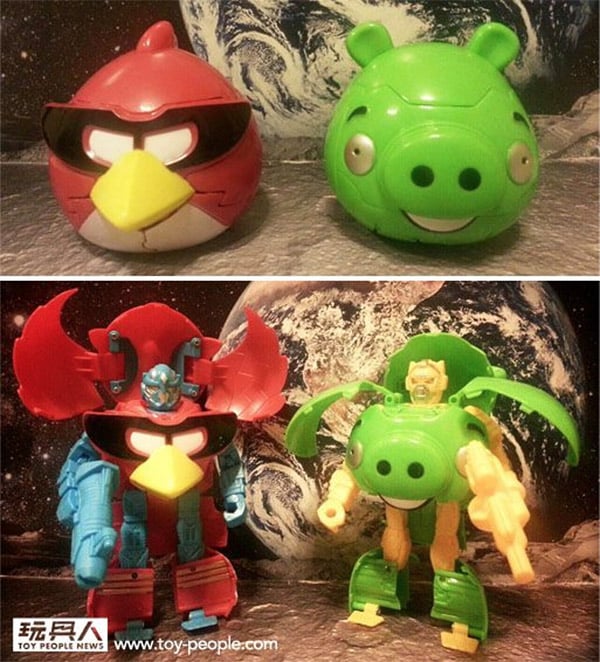 While I’m thinking that they’re neither official Angry Birds nor Transformers merchandise, that doesn’t make them any less awesome. They were spotted by “The Hong Kong Toy Man” Victor Wong, and they’re just perfect. Now somebody just needs to buy me some for my desk.