I’ve seen a lot of weird shoes in the past few years. Remember the Scary/Beautiful shoes that looked more scary than beautiful, and the pimp shoes with fish tanks in them? But I think none are quite as strange or interesting as Julian Hakes’ Mojito heels. 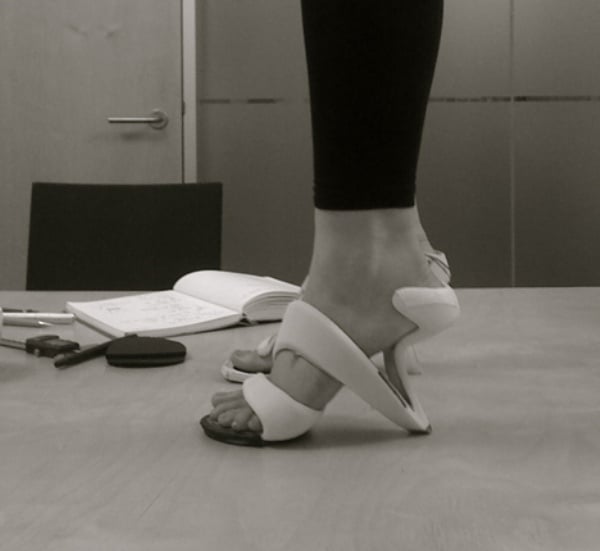 Hakes’ design went viral back in 2009 when he posted a concept that garnered widespread attention. His design explored the idea of how a shoe would look like if it were thought of as a bridge was certainly strange, but as you very well know, strange is ‘in’ and considered all sorts of awesome these days.

Models wrote asking for his shoes, blogs covered his design, and almost everyone was wondering the same thing: could it be turned into a reality? The answer is yes, and it has been a reality, for a couple of years now. 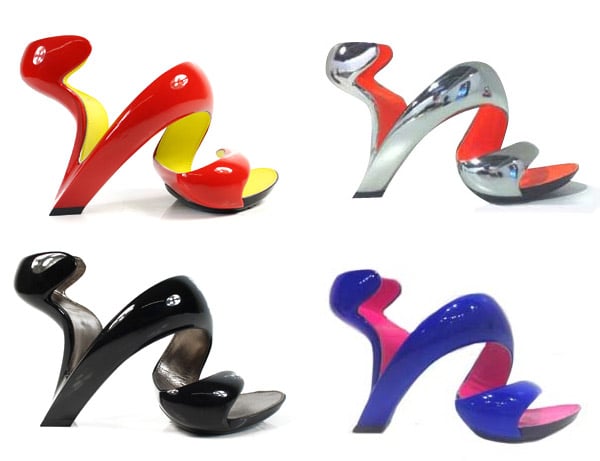 The design looks extremely uncomfortable, but then again, looks can be deceiving. A variety of colors are available for purchase online, with each pair costing between £125 – £175 (~$201 to $283 USD).