I use IKEA Stolmen components as my library shelves, but this sweet setup makes me think that the Expedit series could be even more versatile. This convenient workstation was nested inside an Expedit bookshelf, allowing its owner to maximize the efficiency of his available space. 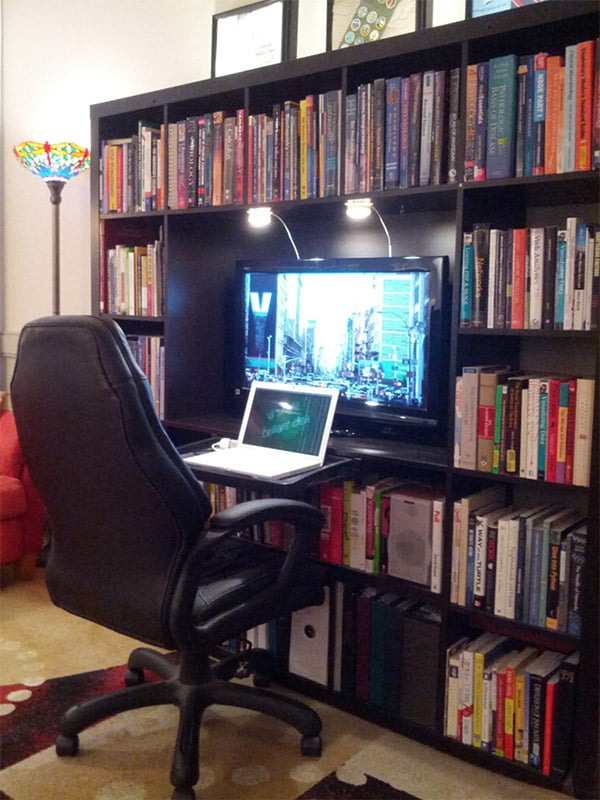 Space was at a premium in Jason Outlaw’s one bedroom apartment. So he decided to use his Expedit as not only his bookshelf, but as his computer workstation and a TV stand. Jason added IKEA Non-Spotlights to add a bit of light, but the cooler, energy-efficient LED Dioders could work pretty well too. A slide-out Kensington keyboard holder fit his MacBook perfectly. Because of the depth of the shelves, his radio and receiver are hidden away behind books, and speakers are used as bookends. When not in use, the TV is covered up by a removable art panel. 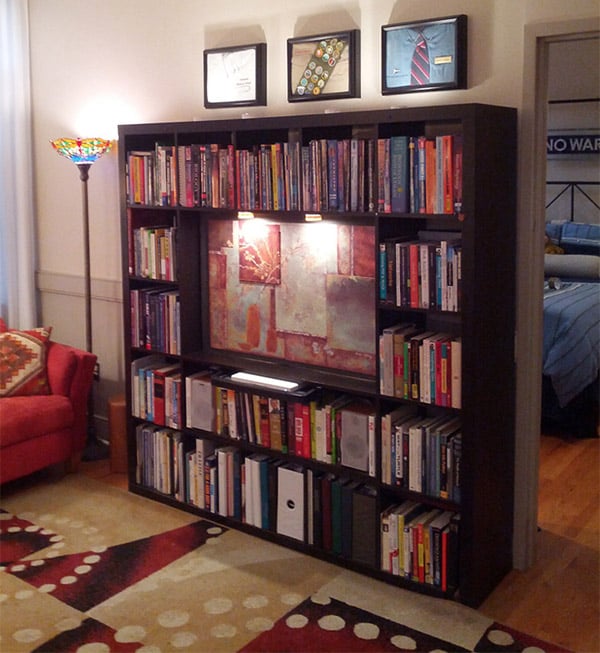 It’s a cool hack, though I prefer large desks to allow my clutter to spread out.