How can you not like Domo-Kun? He’s the cutest little monster we know. And now, he’s been reincarnated in a variety of superhero and supervillain egos thanks to the guys at Funko. 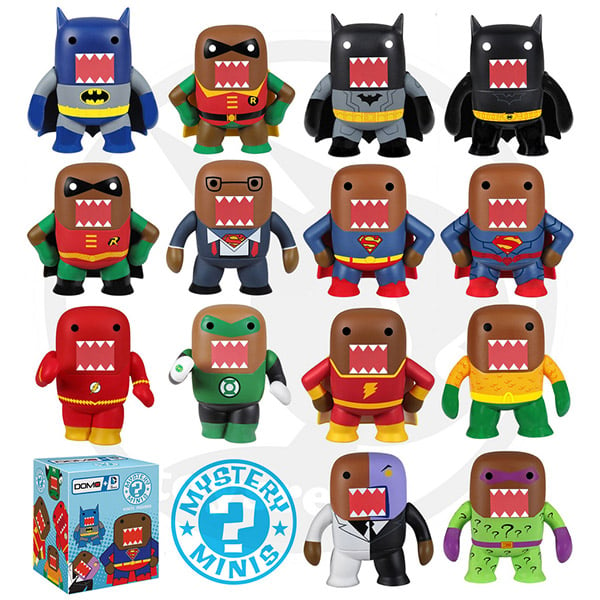 This series of 2.5″ tall Domo/DC Comics figures are quite possibly the best vinyl desk toys I’ve ever seen, and I must have them all. They were recently revealed by Funko, and will be hitting shops at the end of February. The series includes multiple versions of Batman, a couple of Robins, Clark Kent and Superman, as well as The Flash, Green Lantern, Aquaman, and Shazam. On the evil side of the Justice League, you’ll get the Riddler and Two-Face. 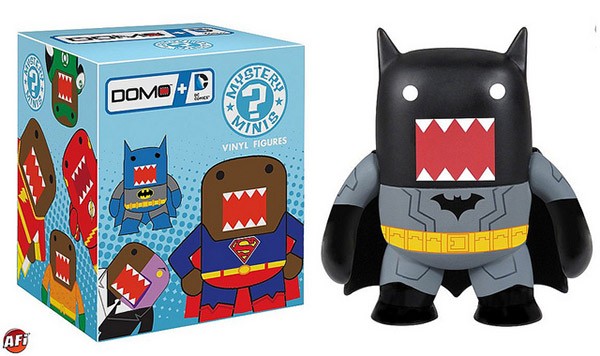 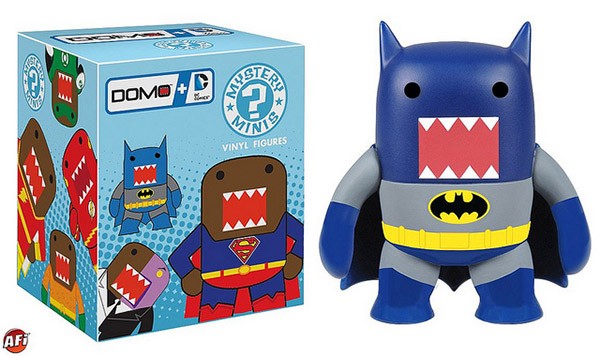 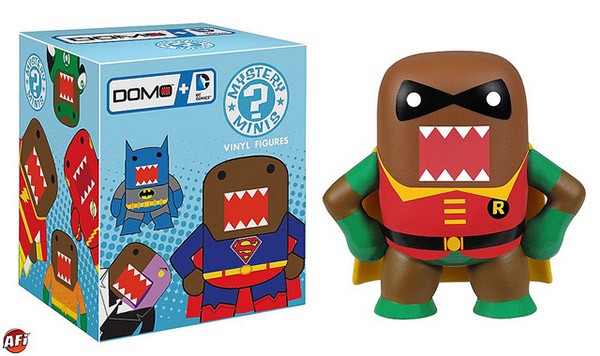 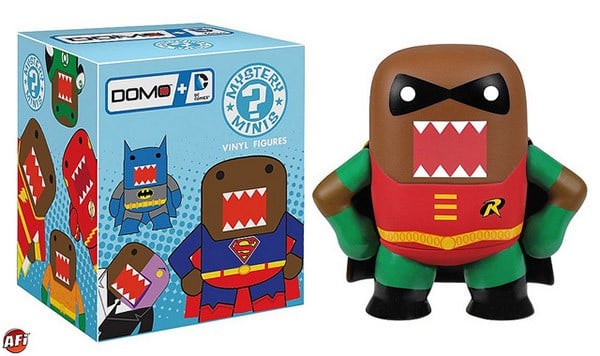 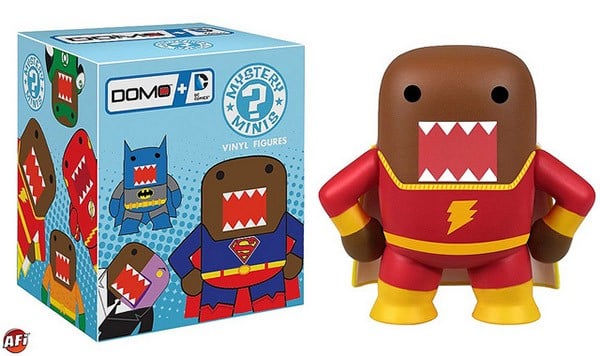 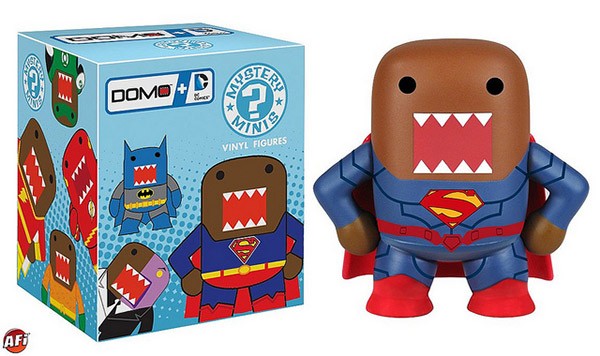 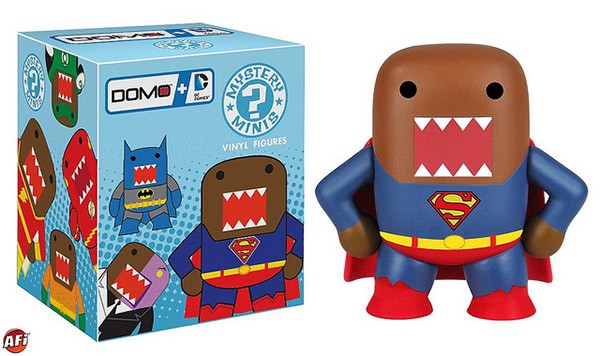 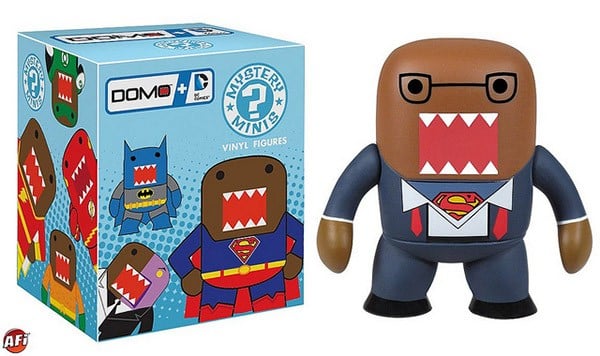 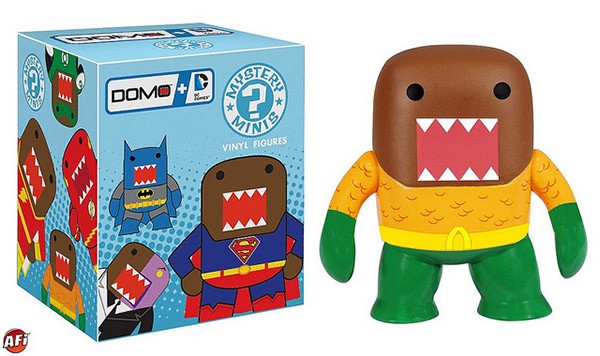 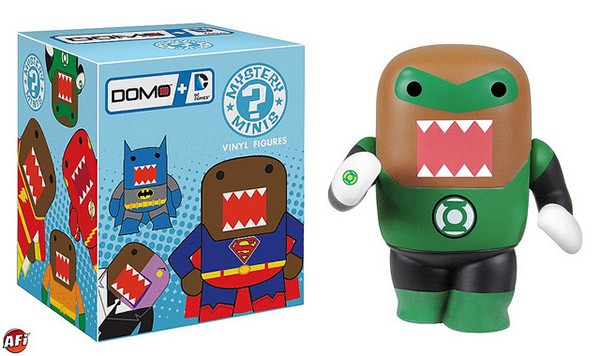 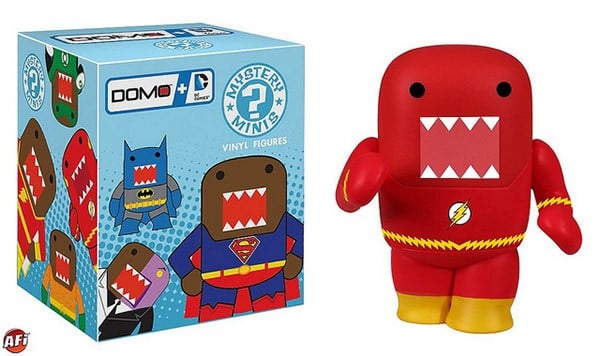 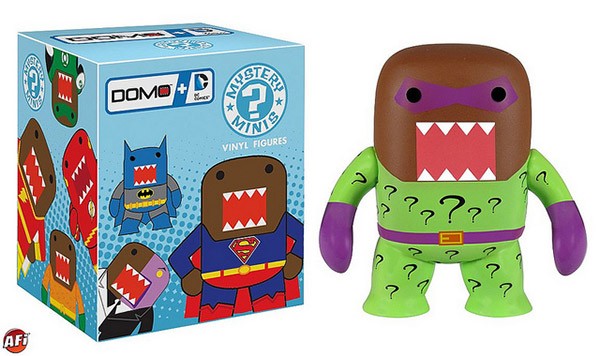 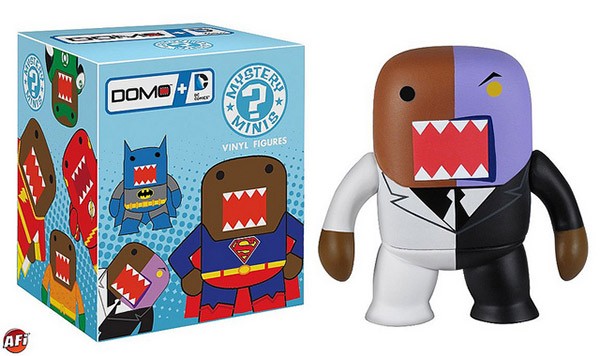 Since these are part of a Funko Mystery Minis series, they’re each individually blind-boxed, with certain toys being more rare and collectible than others. Here’s the rarity scale in case you were wondering: 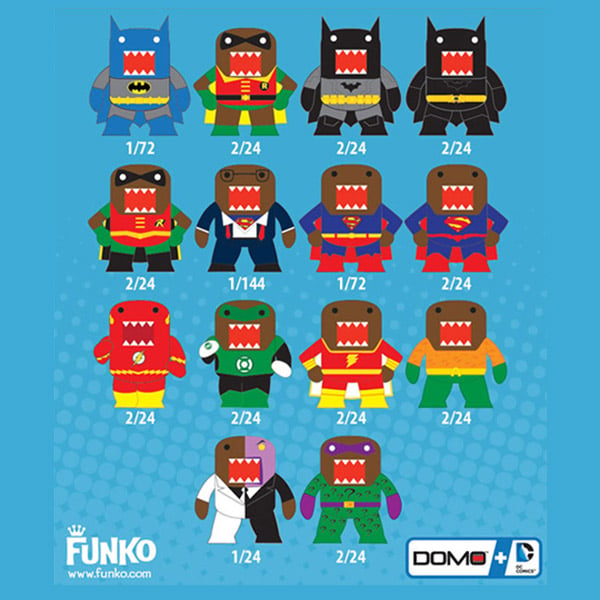 You can preorder them now over at Entertainment Earth in either 4 packs, or a complete display case. There’s also a line of larger POP! Heroes coming out at the same time, but I don’t think they’re as cute.

[via Toy People and TOYSREVIL] 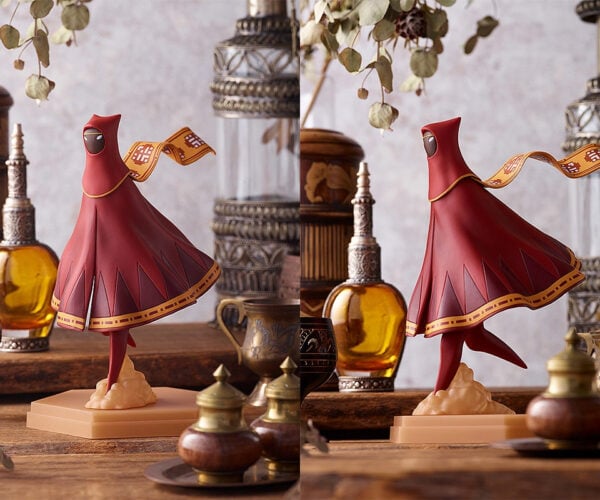