I have a son and a daughter and I can say easily that my son was harder to potty train than my daughter. My son would runaround and pee on anything and everything from the dog, the door, the neighbor (true story), to our houseplants. But, he refused to pee in the toilet. We tried everything from putting Cheerios in the bowl to screaming and cursing and right before we were ready to change his name to R. Kelly, he finally started using the toilet.

Considering how kids love tablets, had the iPad been around eight or nine years ago, I would have absolutely purchased the iPotty. 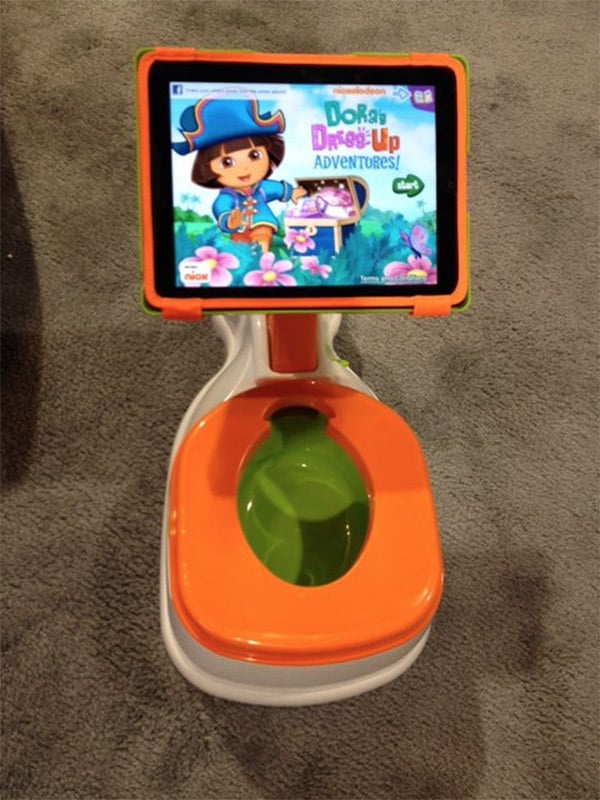 It’s a little toddler toilet that has a holder allowing you to put your iPad on the front of the toilet. The idea is that fun iPad apps will lure your little one to sit on the throne and play while they tinkle or drop a stinky load.

CTA Digital says the iPotty toilet will be available in March via Amazon.com for a mere $39.99 (USD) – tablet not included, of course. Parents of little boys should be warned that they can and will pee EVERYWHERE (seriously, I mean everywhere.) They say the holder is splashproof, but you’ll want to check it out before you buy one, as your AppleCare warranty definitely doesn’t cover urine damage.