Best Arcade Cabinet Ever Has 55-inch Screen, Plays Over 50,000 Games

I’ve always wanted an arcade cabinet in my house so I could play all of the classic arcade games like they were meant to be played. But I keep putting off the purchase because I have more important things to do with my money, like pay for food and my mortgage. Still, if I ever have the money lying around, I’ll definitely bite the bullet and buy one. And if I hit the lottery, I know exactly which machine I’m buying. 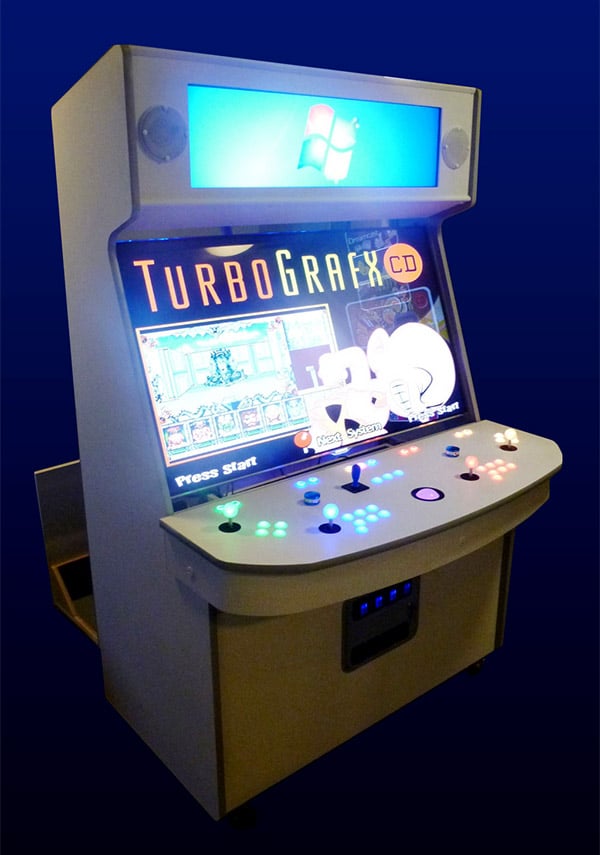 This extraordinary arcade cabinet was built by Jack Thompson and the crew at ArcadesRFun with a massive Samsung 55-inch LED/LCD Smart TV, and full controls for up to four players. It’s also got a second 37″ LG marquee display at the top so it can display different images up there during gameplay. 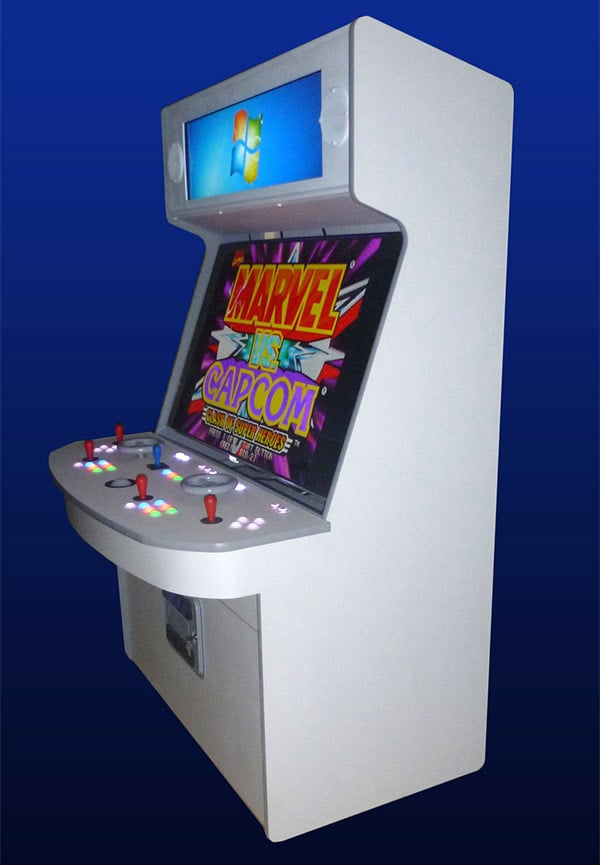 It’s got every controller you can dream of, including RGB LED ball top joysticks, RGB LED buttons, an RGB LED trackball (perfect for Marble Madness, Missile Command and Golden Tee), a true 4-way stick for certain games like Q*bert, and dual spinner controls for games like Tempest and Arkanoid, which can be swapped with tiny metal steering wheels for racing games. It’s also pre-loaded with the awesome Hyperspin UI, so it’s easy to flip between games on just about any system you can imagine. 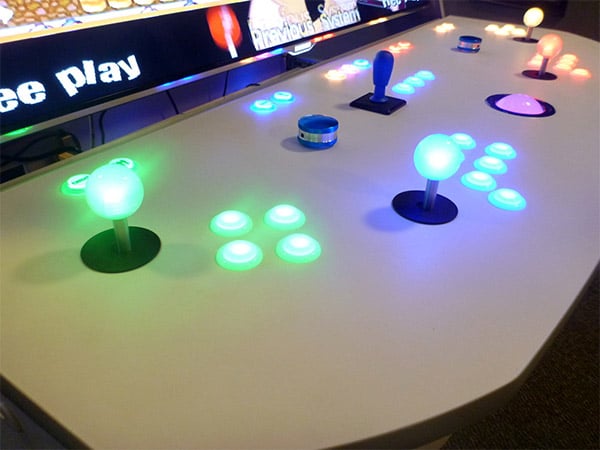 Under the hood, this beast is powered by a Dell Alienware Aurora R4 PC w/i7 3.9GHZ six core CPU (overclocked to 4.1GHz), with 16GB RAM, 2 – 2TB hard drives and a 3GB AMD Radeon 7950 Video card. It’s also got a Blu-ray player. Audio is provided by a powerful 232 Watt Corsair Gaming Series PC speaker with a “giant” subwoofer. And in case playing games on MAME, MESS and other software emulators isn’t enough for you, it’s also got a PS3, Nintendo Wii, and Xbox 360 w/Kinect pre-installed. You’ll also be able to play console games using the wireless Xbox 360 gamepads. 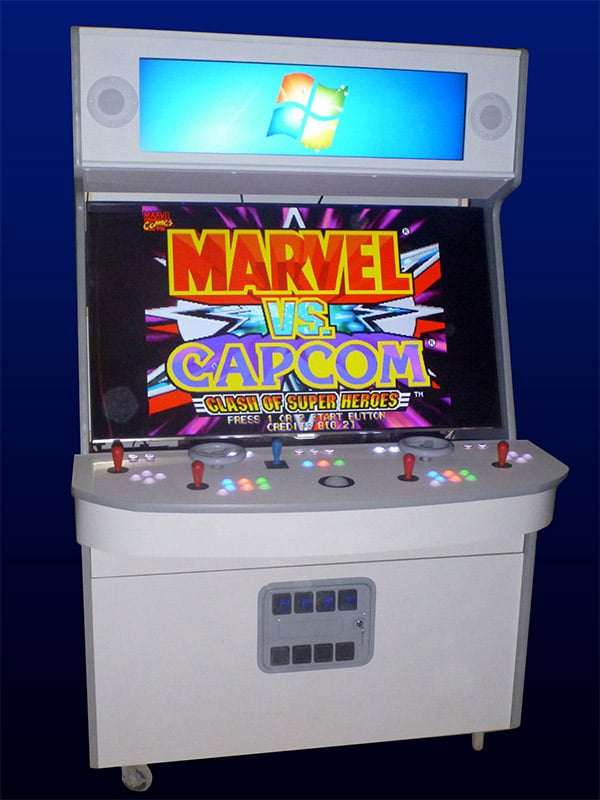 The original one of these machines was built as a custom commission project for Monolith Games/HD FILMS founder/IGN host Jace Hall, who wanted a single gaming system which could “play every known game ever made.” While I’m not certain that you could play all of these on it, it’s got over 50,000 games covered between all of the emulators and physical game systems inside. It’s unclear exactly what the differences are between the model you can purchase and Jace’s original – its creators only say that it’s “slightly scaled down.”

Here’s a video of the original system. Jump to about 1:10 to see the machine in action:

So how much does all of this arcade and console gaming goodness cost? Well, bust out your 401Ks, because this bad boy is selling for a whopping $19,995(USD) over on eBay. If you’re serious about buying one, ArcadesRFun has a demo unit available in New Jersey. And if you can’t afford $20k, but you still want a cool arcade cabinet, be sure to check out their website, where you can get into a smaller 32-inch, 2-player system for under $3k, or an incredible virtual pinball machine, complete with force feedback, for about $8k.