YouTuber morishowta is working on a wrist-mounted holder for his iPhone that quickly pushes the phone to his hand when he thrusts his arm forward. It’s like the hidden blade in Assassin’s Creed, or Travis Bickle’s gun in Taxi Driver, except it hides a smartphone. 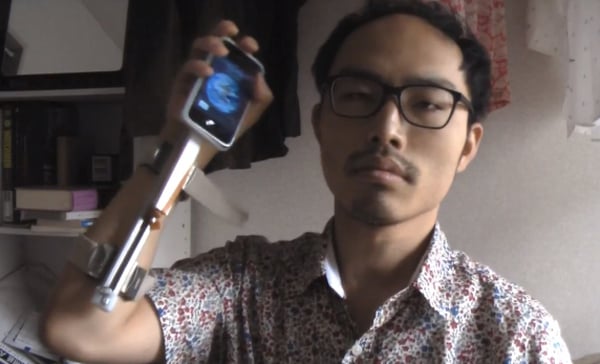 But the gadget is just a small part of Mori’s video. His hilarious trial and error process and his other antics make his video even more worthwhile:

Here’s his follow-up to that video. It includes a newer model of his iPhone holder. He also tries to make one for his tablet. Guess how that works out.

Moshi moshi. I need to learn Japanese so I can appreciate Mori’s videos more.