The Roland TB-303 bass sequencer is one of electronic music’s founding fathers, which had its heyday in the early 1980s, and later became the backbeat to just about every piece of house and rave music ever recorded, and is still popular with musicians today. And while Roland is no longer making this seminal synthesizer, at least you can now eat one. Say what?

What you’re looking at here isn’t a synthesizer at all, but a delicious Japanese sushi dish, prepared to look like a TB-303. 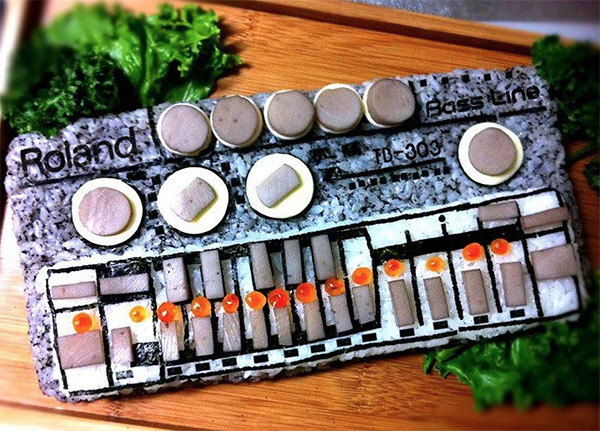 I’m not sure what all of the ingredients are, but there’s definitely plenty of rice, and some salty salmon roe in place of the LEDs. In the immortal words of Blondie, Eat to the Beat!