The cheap tablet wars are heating up with a new offering from Asus that will be launching soon called the MeMO Pad. The little tablet has a seven-inch screen and run Android 4.1 for the operating system. While the tablet will win no performance crowns, its best feature is clearly the price of only $149(USD). 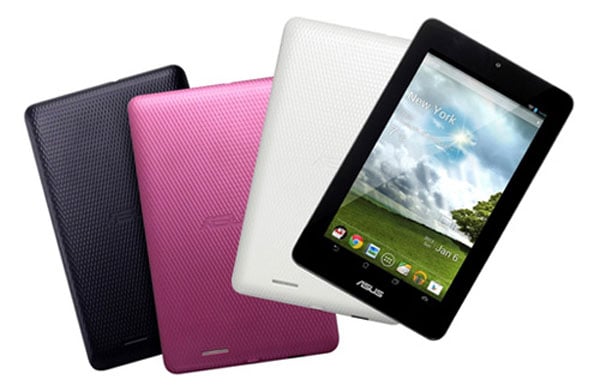 Hardware details for the tablet include a 1 GHz VIA WM8950 processor and Mali-400 graphics. The seven-inch display has a resolution of 1024 x 600 and supports 10 points of touch. Weight for the tablet is 13.1oz. The tablet also has a one-megapixel front camera capable of recording 720p HD video for chat sessions. The Memo Pad tablet will come in versions with 8 GB of storage or 16 GB of storage and also has a microSD card slot for expansion. The tablet also features various sensors, a headphone port, and integrated Wi-Fi, but there’s no mention of Bluetooth.

The tablet will have full access to the Google Play app store, which is clearly better than the competing Kindle Fire line of tablets. The MeMO Pad will come in three colors including white, gray, and pink. All three colors have the same non-slip diamond-pattern back finish.

A release date has yet to be announced.