I didn’t think that anything could accurately emulate theSsun, but that didn’t stop Rafael Lozano-Hemmer from trying, as he used 60,000 LEDs to recreate some solar magic – albeit without the intense light and heat of the actual Sun. 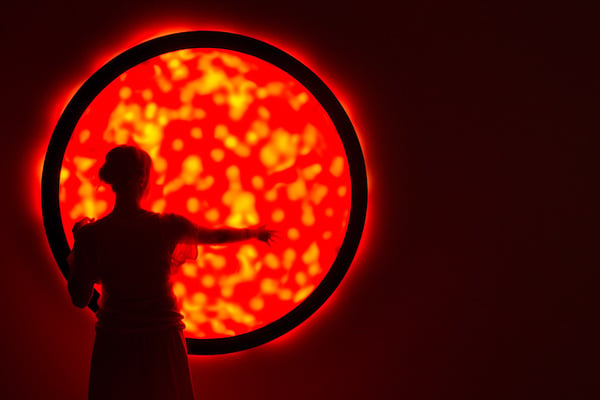 At 4.5 feet in diameter, Flatsun is still a billion times smaller than the real Sun. Rafael used mathematical equations to position the LEDs in the large circular panel that mimics the sun’s never-ending movements. Custom panels inside the larger structure hold the red and yellow LEDs, which give off that eerie, but fascinating solar glow. 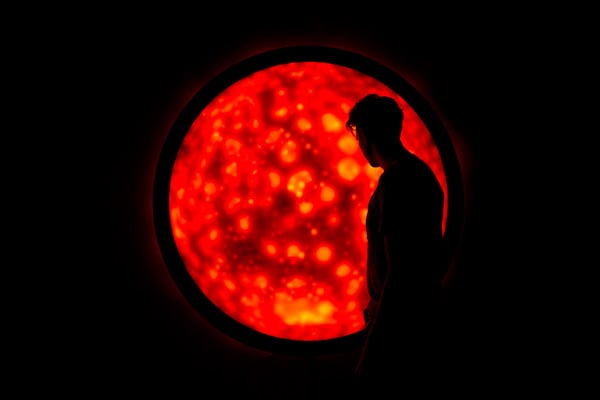 As people walk by Flatsun, it uses a video camera to responds to their movements. If the room is crowded, it’s turbulent, as if there were solar flares on Flatsun‘s surface. As the room empties, the installation slows down and finally shuts down completely.

[via My Darkened Eyes via My Modern Met]