If you’re like me, you may have long wanted to have a home theater PC in your living room entertainment center. The problem that I have – that I bet a few of you suffer from as well – is that my wife already has the entertainment center stuffed with all manner of knick-knacks. That means there’s barely any room for any actual home theater components.

A company called Xi3 Corporation has a new computer suitable for HTPC applications that will fit in just about any entertainment center, including mine. The machine is called the Z3RO Pro Computer and it measures just 4.875 x 3.625 x 1.875 inches. 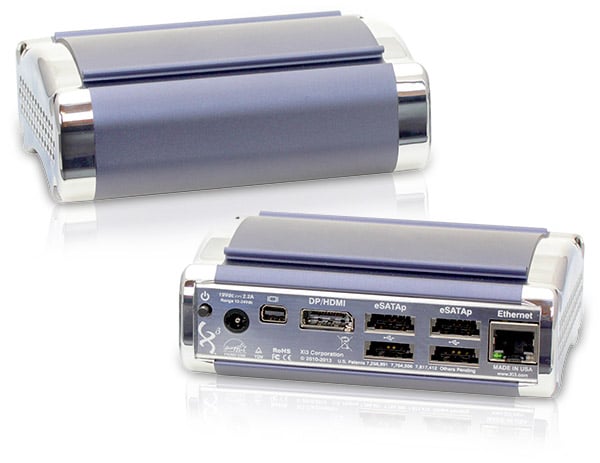 That means the computer is roughly the size of a paperback novel, and not one of those gigantically thick Stephen King paperbacks either.

Inside that tiny chassis is a dual-core 64-bit x86-based processor operating at 1.65 GHz. The machine has an integrated GPU with 80 graphics cores and a top resolution of 2560×1600. It’s got 4 GB of RAM, and the ability to include an SSD ranging in size from 16GB to 1TB. The machine has a pair of DisplayPort video outputs including one that pulls HDMI duty as well. For connectivity, it has a gigabit Ethernet port, and four eSATAp 3.0 ports. Surprisingly, the one thing that’s clearly missing is integrated Wi-Fi, so you’ll have to use a USB dongle or Ethernet/Wi-Fi bridge for that.

It consumes only 15 W of power, and ships with the openSUSE Linux operating system pre-installed. That said, you can also install Windows 8 or other operating systems if you so choose.