Early demos of the much-awaited Leap motion sensor mostly showed how it can be used to control graphics programs, browsers and video games. But the motion sensor can also be used to make an audio program, as shown by software developer Adam Somers with his AirHarp demo. 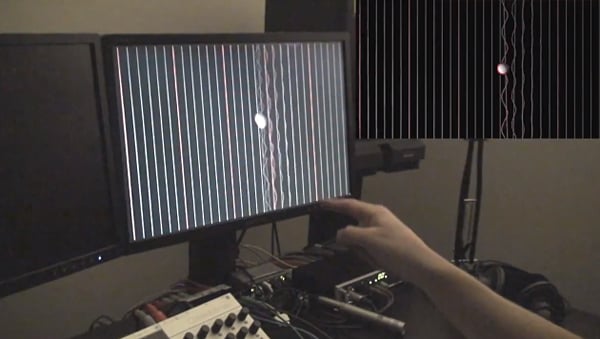 Proof of the responsiveness and accuracy of the Leap, AirHarp can recognize the speed and position at which a string is hit.

Adam has a fantastic sound system. Head to his website to download AirHarp, and to Leap Motion’s site to pre-order the Leap for just $69.95(USD).