If you pay attention to all the game announcements made at E3 each year, you may remember the cool looking adventure game from SEGA and Double Fine Productions called The Cave. Now that we’re all burnt out on our holiday game purchases, we could use another good game early in 2013. Thankfully, you won’t have to wait long to play this one, from the guys behind the classic Psychonauts. 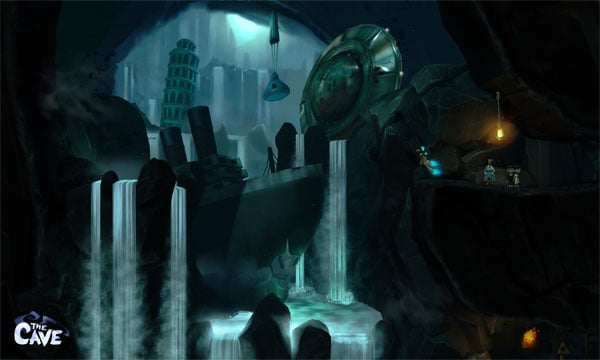 In the highly-stylized, side-scrolling adventure game, players will choose three uniquely-skilled characters from seven available and then descend into a cave to explore. During their journey, players will find an underground amusement park, a medieval castle, and even a nuclear missile.