Give Drones the Slip in Adam Harvey’s Stealth Wear

The ready availability and widespread usage of surveillance technology is enough to drive most level-headed people paranoid. Drones, hidden and visible security cameras, sensors, communications tracing systems… they’re all around us and at any given moment, they could be used to track your whereabouts and monitor your every move.

People have been protesting these technologies for use, with news that various government organizations employ them on a regular basis. No one has been more vocal about them than designer Adam Harvey, who made his stand clear through his newest fashion collection called ‘Stealth Wear.’ 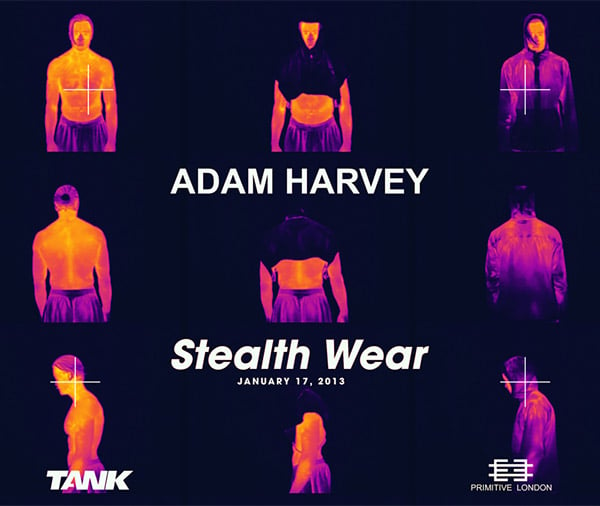 The pieces in his collection stay true to his message, with one them being dubbed as the ‘anti-drone hoodie’, which is crafted from a metalized material that makes it impossible for drones to detect your thermal image with their sensors. Then there’s the ‘XX-shirt’, which I presume protects against X-rays since it’s supposed to “protect your heart from X-ray radiation.”

Harvey explains: “Military technology is coming home from the war. These pieces are designed to live with it, to cope with it–to live in a world where surveillance is happening all the time.”

I think it’s an awesome thing that he’s doing with ‘Stealth Wear.’ What do you think?

[via Slate via Dvice]