Art is rather like beauty – in that it’s always in the eye of the beholder. One of the strangest art projects I’ve heard of in a while has turned up in the form of a cardboard box packed with a hidden camera. The box was mailed to Julian Assange using the Royal Mail. 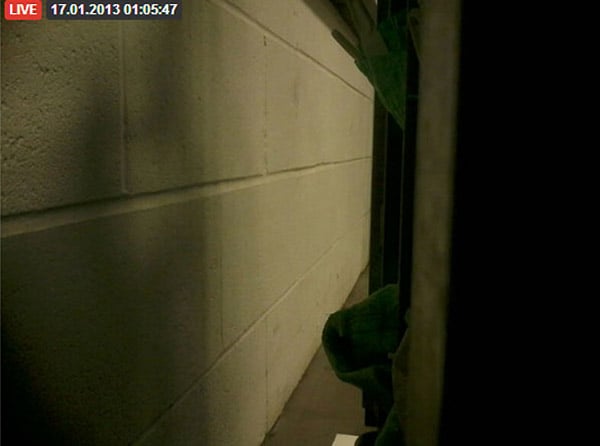 Inside the box is a camera set up to take an image of what it sees outside every 10 seconds and posts the image to the web. At first, there was nothing compelling about the images – often nothing but black. The image above is a nice, boring shot of a wall. However, it looks like the package has actually reached its destination as of tonight, as you can see from the images below: 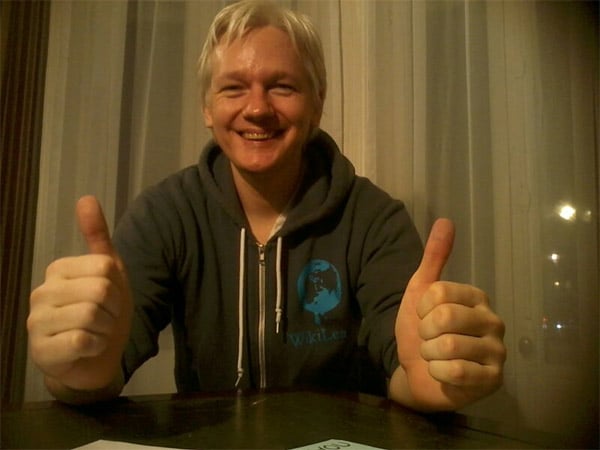 Yep, that’s Julian Assange in the flesh. If you’re curious to see what the package (and Julian) are up to, you can follow it live over on Twitter. 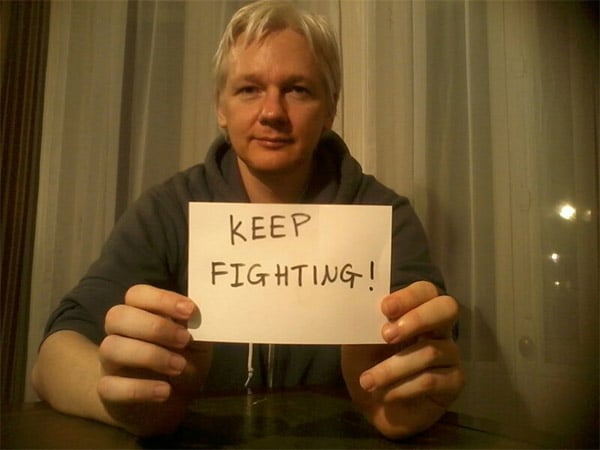 Assange, as you might know, is holed up in the Ecuadorian Embassy in London. Assange can’t leave the embassy out of fear that UK authorities will arrest him for his work with his Wikileaks website. Assange was given political asylum by Ecuador in August 2012 and has lived in the embassy since June of 2012.