My mother has boxes of old 35mm film from my youth tucked away in closets and the attic. Most of those pictures we have probably never looked at because the prints were lost long ago. If you have a bunch of old 35mm film around, a new product is on Kickstarter which will help you get these images into your smartphone in digital form. 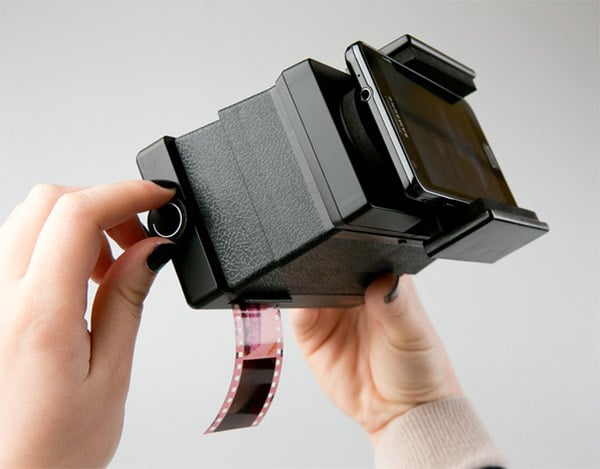 The Lomography Smartphone Film Scanner is a device which lets you feed through 35mm film through and a backlight. That backlight makes the images glow and then you use a smartphone, such as the iPhone and an app to take a digital photo of the 35mm film. The film scanner works with any 35mm film and also works with 35mm analog movie film. It’s also a perfect companion to the LomoKino 35mm moviemaker.

The film scanner is relatively inexpensive, and at this point a pledge of $60(USD) or more will get you one of the first of the devices manufactured. For around $100, you can get a bundle which includes both the scanner and a cheap 35mm camera. The project was seeking $50,000 and so far has raised over $99,000 with 18 days to go. The expected delivery date is March of 2013.