Man, look at that armor. It would take me like 400 hours to find all of that stuff in the game, let alone in real life. Look at those swords. This cosplay rocks the world of Skyrim. 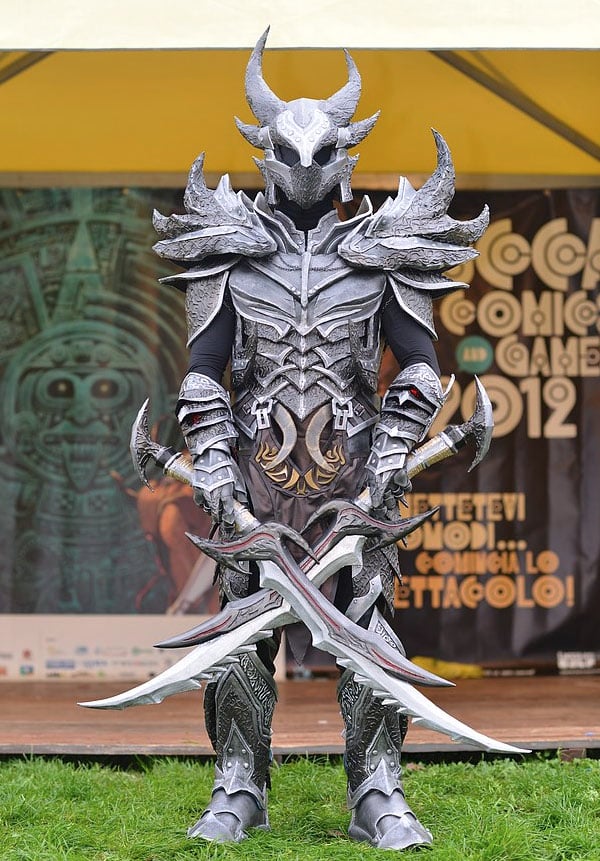 This full Daedric Armor suit was built and is worn by ZERIOS88 who is obviously a wizard at making this stuff. He is a hobbyist who likes to make fantasy video game armor and weapons. 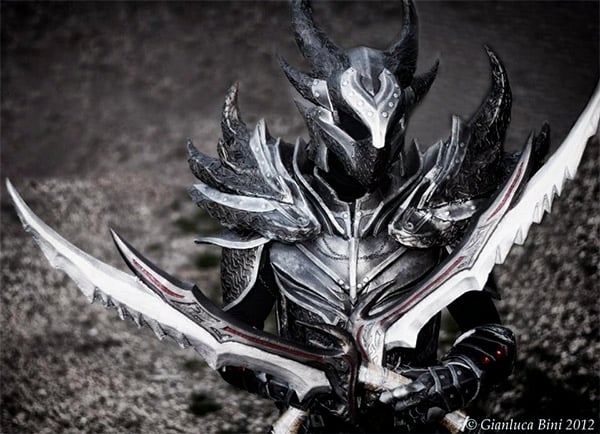 This armor is really beautiful. I might be biased because I played so much Skyrim, but I think you will agree that it is pretty spectacular. And those weapons. This makes me want to play the game all over again. 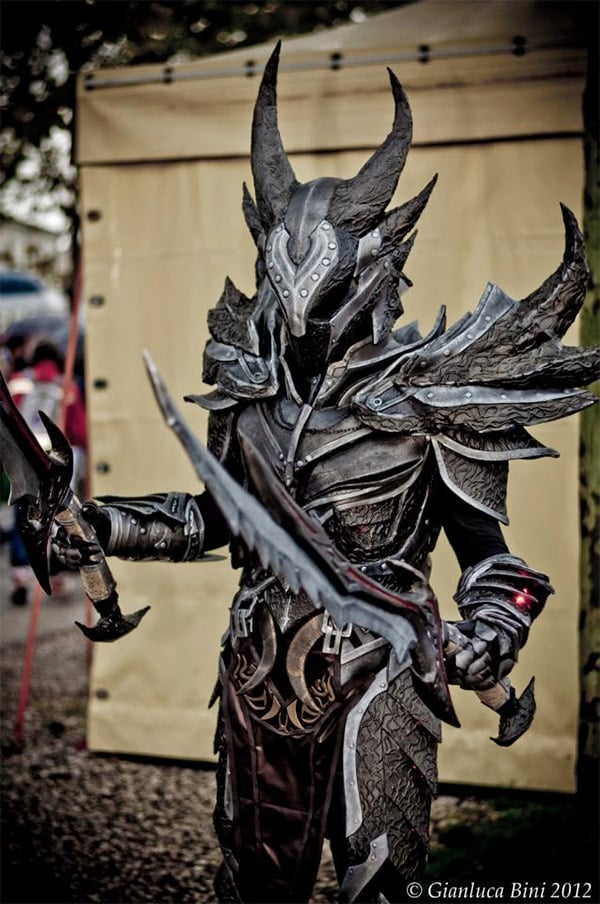