Sometimes truth really is stranger than fiction. We’ve seen some odd photos turn up on Google Street view over the years. My personal favorite was the little girl who played dead on the side of the road as the Street View car rolled by. A donkey has now played a very similar game with a Street View car in Botswana. 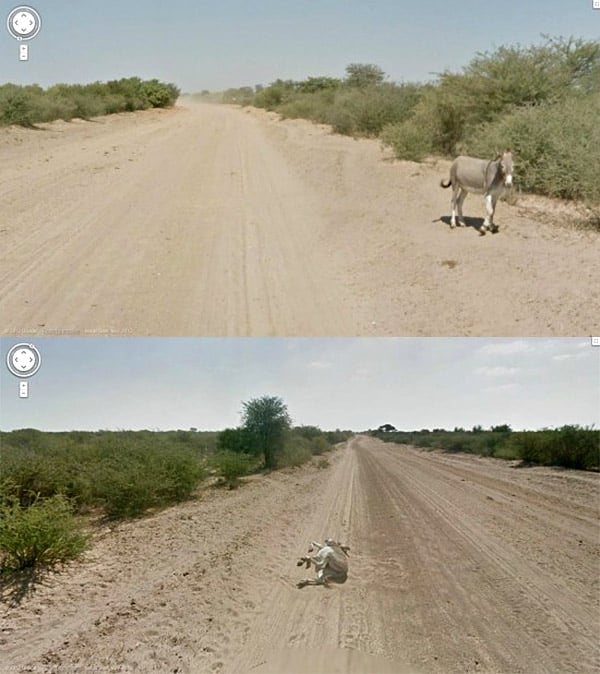 To make this an even stranger story, it started to go viral after a tweet from the account of fictional character Dr. Sheldon Cooper saying that “I think Google Street view ran over a donkey in Botswana.” The story gained enough traction the Google has had to come out and offer up an official explanation of the circumstances surrounding the downed donkey.

Google says that because of the way its 360-degree imagery is put together it appeared as though it’s Street View car cruising down a dirt road in Botswana had run over the poor creature. Google says that in fact the donkey was laying down and taking a dirt bath as the car approached, and then stood up and moved to the side of the road as the vehicle drove by.

Having known someone who rear-ended a cow, and assuming running over a donkey would work basically the same way as running over a cow, I can say without a doubt that there would have been donkey poo all over the front of the Street View car had an impact actually taken place. If you’re curious, the rear-ended cow survived with nothing more than an significantly cleaner colon after the impact. Sadly, the same can’t be said for the vehicle.