Grace the Robofish Goes for a Swim

OK, so maybe ‘underwater gliding’ is the technical term, but to me, it looks like this robot fish is swimming. As Grace (short for Gliding Robot ACE), the robot fish glides through the water, it strives to conserve energy. 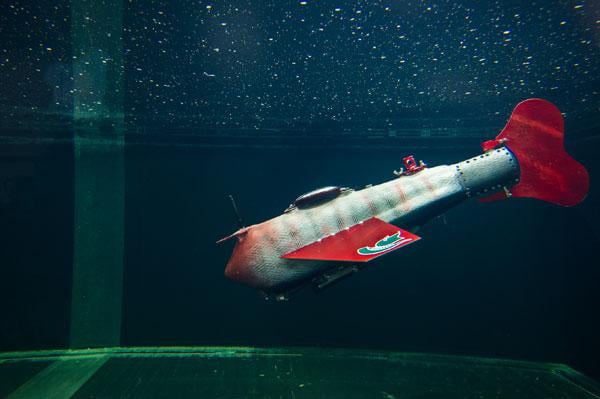 Developed by Associate Professor Xiaobo Tan and a team of engineers at Michigan State University, Grace can flap its tail to swim, but this could deplete its batteries in a few hours. To increase travel time, Grace relies on pumping water out of its body, as well as rhythmically moving its battery to control its direction. 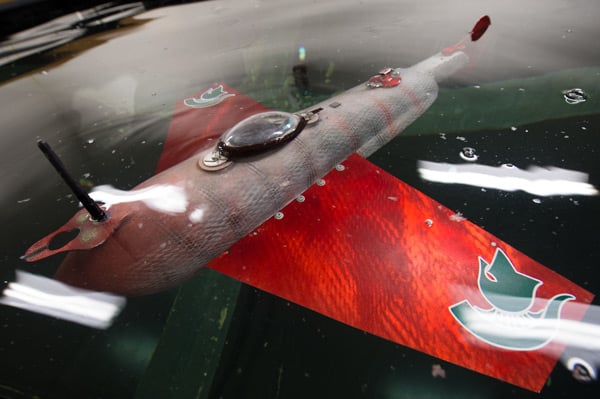 There are apparently plenty of underwater gliders already in the oceans, but this robotic fish is about a tenth of their size and weight, and it also has an energetic swimming mode. It’s hoped that robots such as these can help monitor the quality of our seas. On its maiden voyage, Grace’s crude oil sensor was able to detect increased oil levels in the Kalamazoo River, presumably linked to a spill back in 2010.