Beard My Baby 2.0 App: Because Every Baby Needs a Beard

So not every baby needs to look like ZZ Top, but it’s fun to see them plastered with a huge beard on their faces. Not with a real mustache, of course, because they’ll probably tug at it with a vengeance, but with a virtual mustache added digitally to their photos using the soon-to-be-released Beard My Baby 2.0 app. 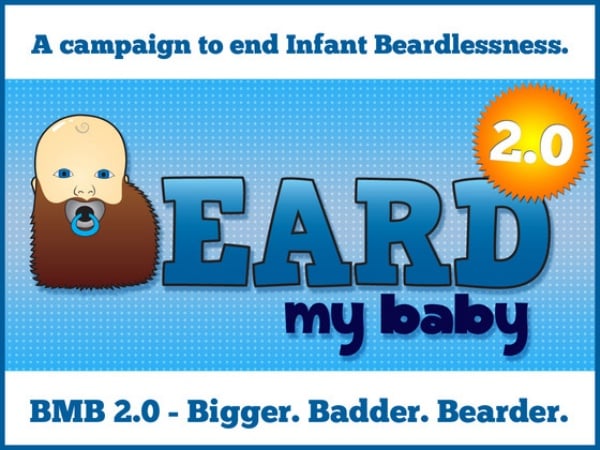 End infant beardlessness in your household by signing up to get the app when it hits.

It’s a novelty app that you’ll probably use a couple of times at the beginning and eventually forget about, but hey, by that time, your baby will probably be all grown up and have grown some actual facial hair of his (or her?) own.

You can get the app by making a pledge of $1 on Beard My Baby’s Kickstarter page by February 5, 2013. Pledge $25 or more to get a stylin’ shirt along with the app.