For those of you who enjoy the Metal Gear franchise, you might be familiar with a little mech that goes by the name of REX. Well, LEGO builder Rags naRock is also quite enamored of the giant robot, and decided to build himself a LEGO-fied version. 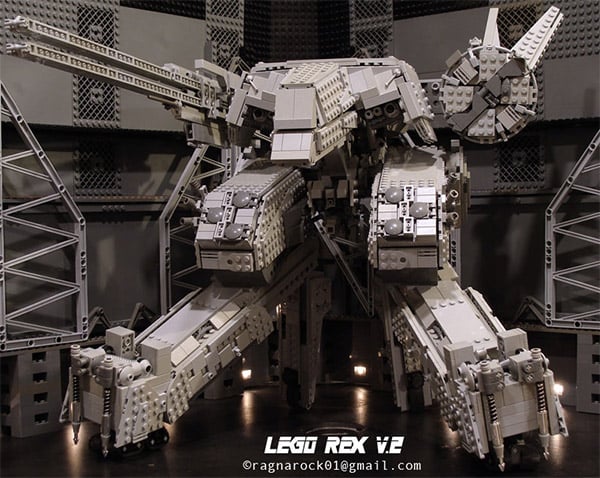 But this isn’t any ordinary little LEGO build. This epic creation has articulating joints, and wheels to move it along the ground. This incredibly detailed version of the bipedal tank has every little detail you’d expect, other than an actual nuclear power source and real weapons. I don’t think LEGO is offering those yet – not even in their Technic kits. 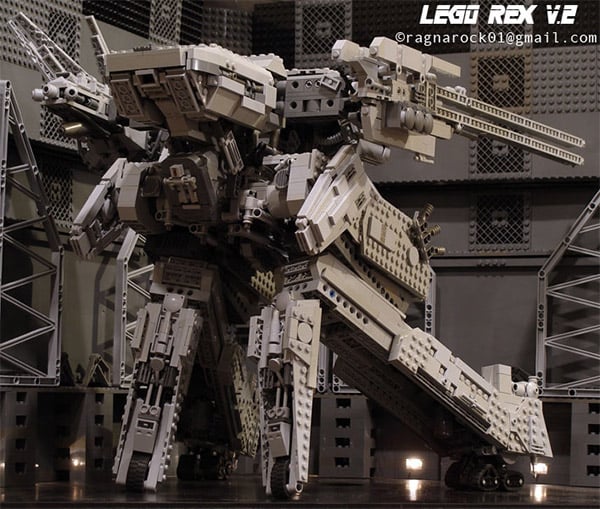 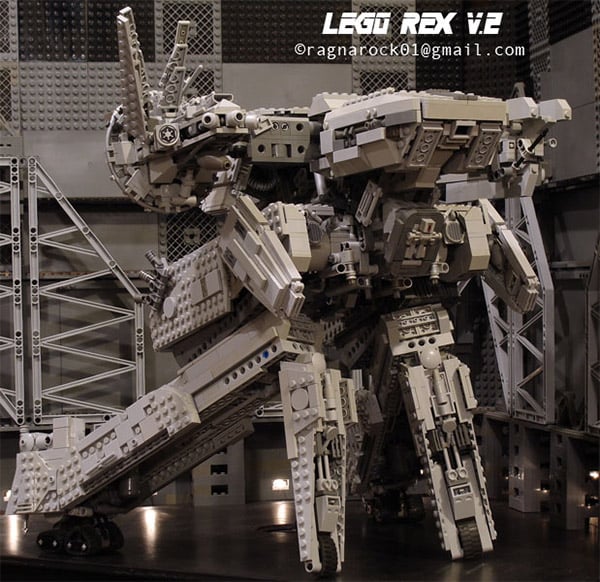 You can see how the different components of this mammoth model move in the video clip below:

While it might not look like it, it cost Rags naRock over $900 in LEGO bricks to assemble this mammoth beast. And if you want to build your own, you can grab the LEGO Digital Designer files here. I ran the parts list through BrickStore myself, and it looks like the bricks alone cost about $918.40(USD), plus the many hours of labor it will take to assemble this beast.