That’s no ring, it’s a space station! This men’s 14-karat white gold Star Wars ring features the Death Star on one side, and the Imperial Cog emblem on the other. It has a sandblasted and polished finish that even Grand Moff Tarkin would approve of. 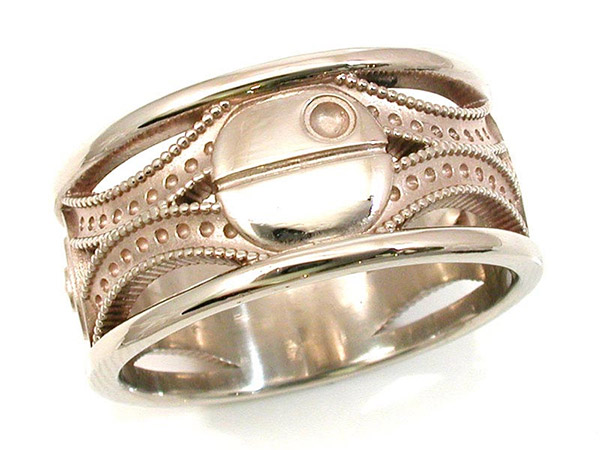 The seller, artist Chelsea Swank has also done versions where stones are set in the Imperial Cog and Death Star. If you want, she can even add a Jedi Symbol or Rebel Alliance symbol. 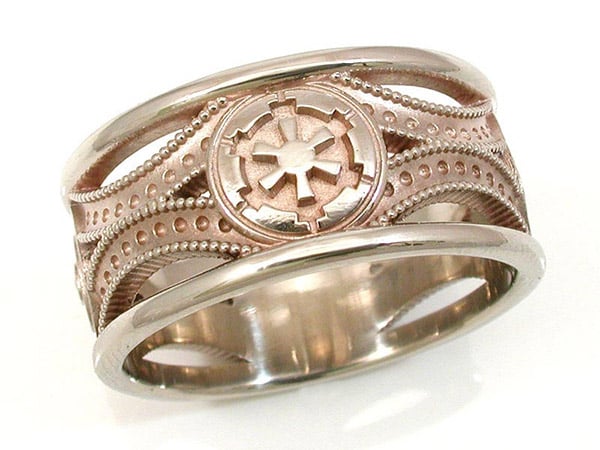 This particular ring will cost you $1,050(USD), but that’s like a trillionth of what an actual Death Star would cost you. And you can’t even put that on your finger. Therefore, by my math, this ring is a true bargain.