Are you the kind of person that’s worried about Big Brother and those CCTV cameras all over the place? So you don’t want your face on camera feeds? Then these specs might be for you. 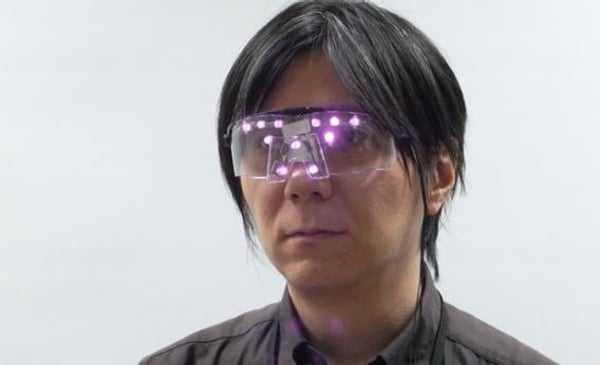 These glasses fitted with LEDs were created by Isao Echizen and Seiichi Goshi at the National Institute of Informatics and Kogakuin University in Tokyo, Japan. The glasses emit near IR light, which prevents current facial recognition cameras and software from figuring out who you are. The lights are powered by a small battery pack that needs to be transported in your pocket.

Granted, unless you’re going for some sort of Blade Runner look, they’re not particularly chic, but they get the job done. They’re also not exactly what you’d call inconspicuous, so security might still hunt you down, even though they don’t know who you are.

The researchers are working on making these specs a bit more fashionable. They predict that the final model will cost around $1(USD) to manufacture.

[via Slate via DVice]