New from Stark Enterprises: The Iron Man gauntlet. It looks cool on your wrist, compliments your Mark-whatever armor and as a special bonus, it even shoots real lasers. Not wimpy lasers, mind you – lasers that are high-powered and strong enough to burn things and pop balloons. 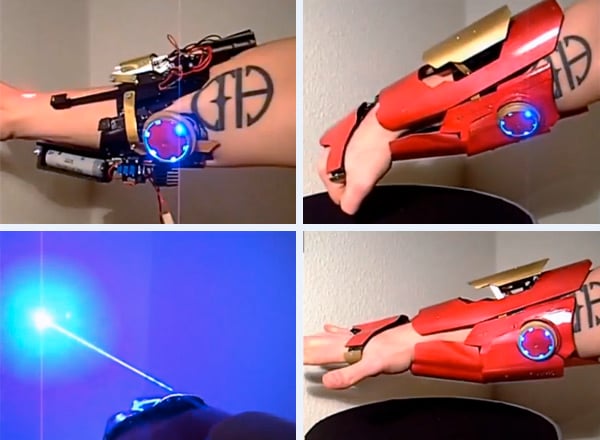 And let’s face it, that’s what you need to save the world. You never know when an angry clown villain will show up and attack you with his balloon animal army. This full metal gauntlet, runs on 1x 18650 plus 2x 14500 Li Ion cells and has two blue lasers packed in at 1.2W each, plus two 4mW ones for aiming. Check out the gauntlet in action in the video clip below:

Pretty impressive, eh? It was made by Patrick Priebe of Laser-Gadgets. Sadly he isn’t sharing his build plans, but you can watch the video and drool.