What are geeks taking to the beach this year? I have no idea, because it’s freezing cold where I am. But surfer geeks should be checking out these fun Walking Dead and R2-D2 surfboards. They’ll let you catch a wave while you fly your geek flag proudly. 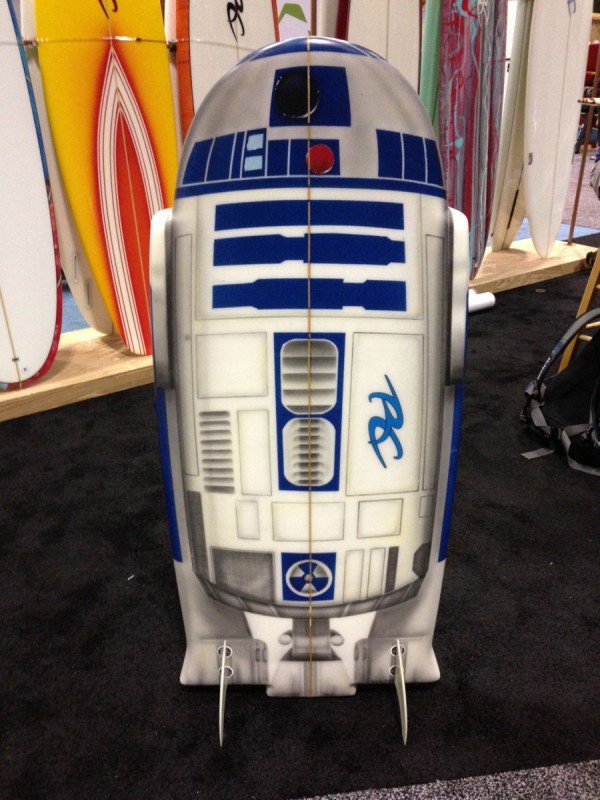 I think the R2-D2 design is the best -acting as a surfboard is just one more facet of this versatile maintenance droid we weren’t aware of until now. On the other hand, I feel like the Walking Dead board would attract sharks. Zombie sharks.

These were first spotted by Katie Graef at the 2013 Surf Expo in Florida, where I’m sure they were a huge hit.

Both of these were airbrushed by Josh DelRocco of Ricky Carroll Surfboards. They do good work. If I surfed, I would buy something like this in a heartbeat.