We’ve all seen what could happen if humans became zombies, but what if your old Nintendo Game Boy Color returned from the dead as a zombie? The results are more cute than horrifying. 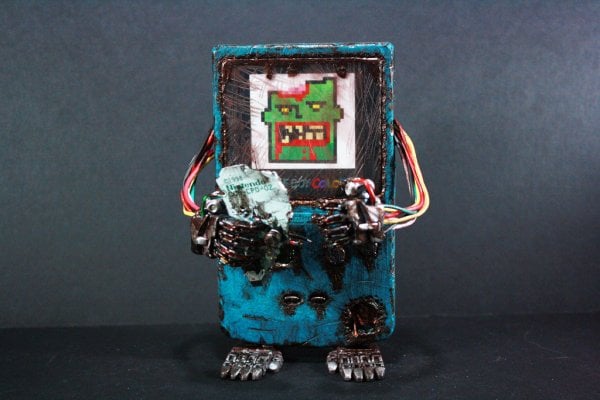 I’m not sure how you would stop a horde of zombie Game Boy Colors, but thankfully things haven’t reached plague proportions yet. This zombie handheld was created by Kody Koala, who knows how to make awesomely gory sculptures. He had already made some Game Boy zombies and wanted to see what a Game Boy Color would be like.

He used hands from a Cletus robot and feet from a Minion from Megamind. The end result is a fun Nintendo zombie ready to devour your old game cartridges instead of brains.