LEGO R/C A-Team Van: I Pity the Fool Who Doesn’t Have This

In 1972, a crack commando unit was sent to prison by a military court for a crime they didn’t commit. These men promptly escaped from a maximum security stockade to the Los Angeles underground. Today, still wanted by the government, they survive as soldiers of fortune. If you have a problem, if no one else can help, and if you can find them, maybe you can hire… The A-Team. If you can’t hire them, at least you could build your own A-Team LEGO R/C van. 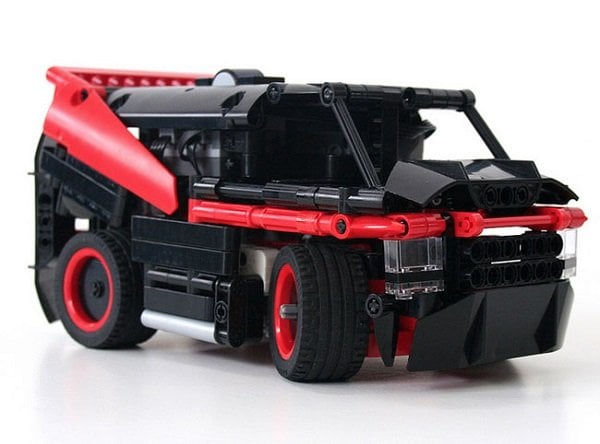 This A-Team RC LEGO Van was made by Vimal Patel, a LEGO building maniac from New Zealand, who has created numerous other LEGO masterpieces in the past. This van is built entirely from LEGO bricks. Everything except for the battery, the circuitry and the IR sensor, that is. Check out out in action in the video clip below:

To see more images and some of his other work, you can check out Vimal’s Flickr page.