Even though they’ve been around for thousands of years, umbrellas still have two main parts: a canopy and a shaft. But this concept for an umbrella by 22-year old industrial design student Quentin Debaene gets rid of the canopy in favor of something cooler, er drier: air. 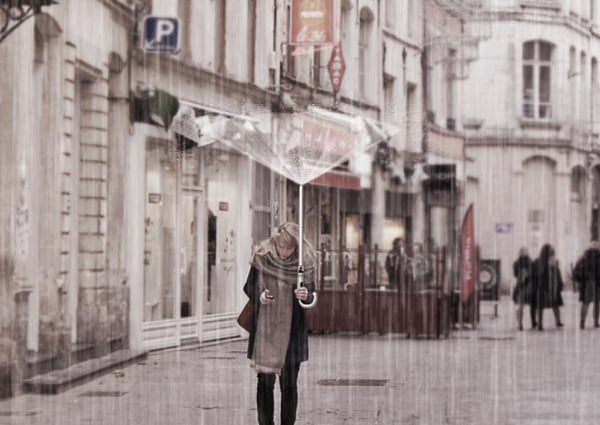 Debaene calls his concept the Airblow 2050. He imagines it will use Dyson’s digital motor, which today powers Dyson’s famous bladeless fans and powerful vacuum cleaners. The idea is for the motor to suck air from around the bottom of the shaft and then force it out in a small arc on top, making an invisible canopy. You won’t have to deal with a wet or broken canopy or bumping into other people’s umbrellas. You may even be able to use it to literally blow people away. 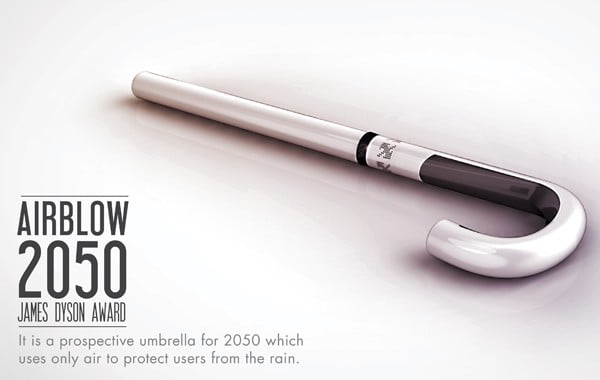 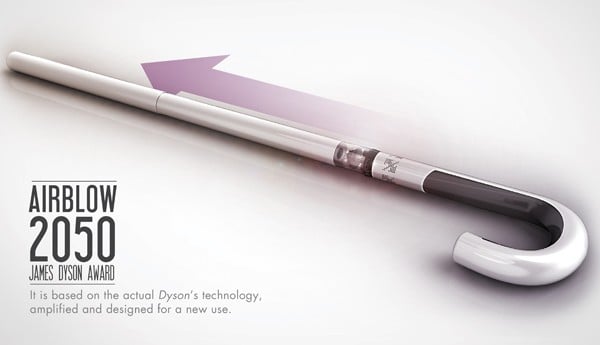 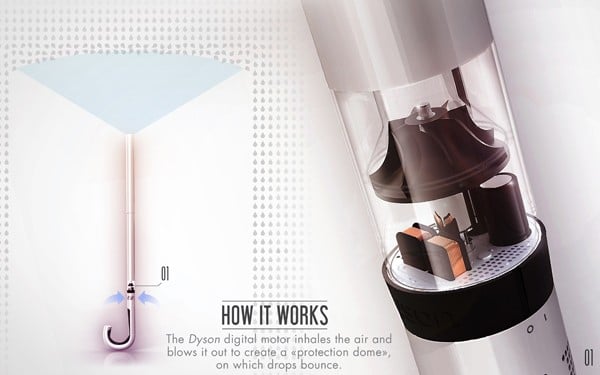 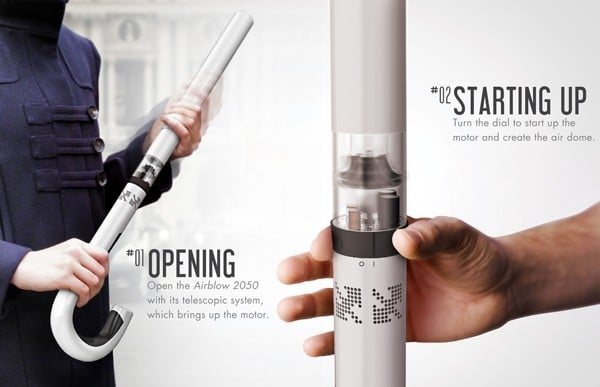 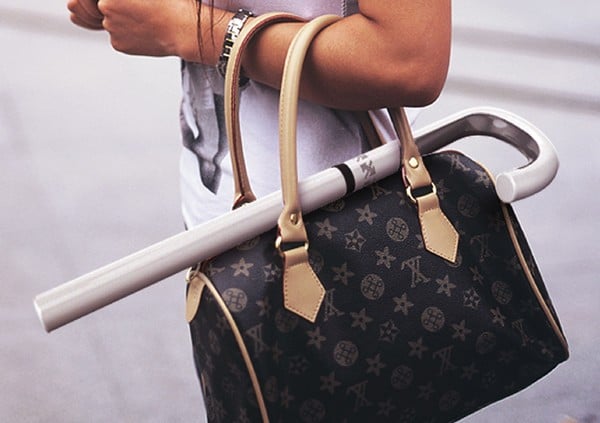 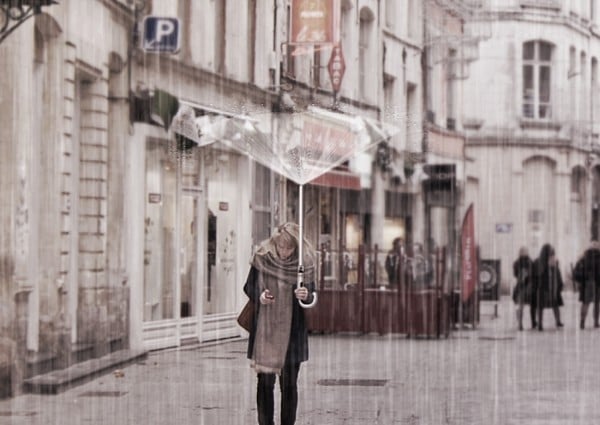 I don’t know enough about engineering and physics to fully judge if the concept will work as intended. I’m also wondering why it still looks like an umbrella or at least, an umbrella’s handle. Wouldn’t it be better if it was a small device that you could clip on your backpack or hat? Would we be able to use the Airblow 2050 to carry our stuff and/or friend? Could it be modified and used as a lethal weapon? If a small child pointed it downwards, could said child then use it as a means of transportation? So many questions.