If you find yourself with a serious hankering for a tablet able to run the same software as your computer at home or work, you’re probably going to need to invest in a Windows 8 tablet. If you’re also the sort of person who dislikes buying mainstream products from manufacturers that everyone knows, you may find this new tablet interesting. 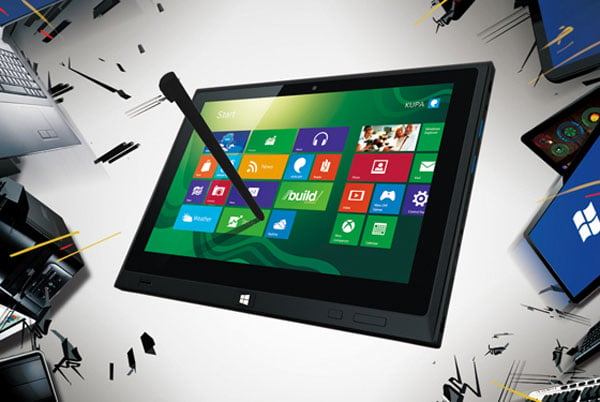 Bet you never heard of them either. The Kupa tablet is built in China, but was designed in Germany. It has a 10.1-inch 1920 x 1200 resolution IPS screen with an active digitizer and supports 10 points of multitouch. The screen supports up to 1024 different levels of pressure making this an interesting option for digital artists.

The tablet uses an Intel Ivy Bridge i5 or i7 processor promising desktop-like performance, and ships with 8GB of RAM and a 128GB SSD. The tablet also has a sideloading battery allowing it to be easily swapped for exta runtime. Down the road, Kupa plans to release add-on modules which plug into the sides of the tablet, extending functionality with things like a card reader or projector. Certain models of the tablet are also compatible with 3G service and the device has an optional dock.