iRobot makes robots for all sorts of needs in the military and other business areas. In the consumer space, the company is probably best known for its line of robotic vacuum cleaners, including the Roomba and Scooba. Last year, iRobot started trials of a robot designed to work in hospitals – called the RP-Vita, or Remote Presence Virtual Independent Telemedicine Assistant. 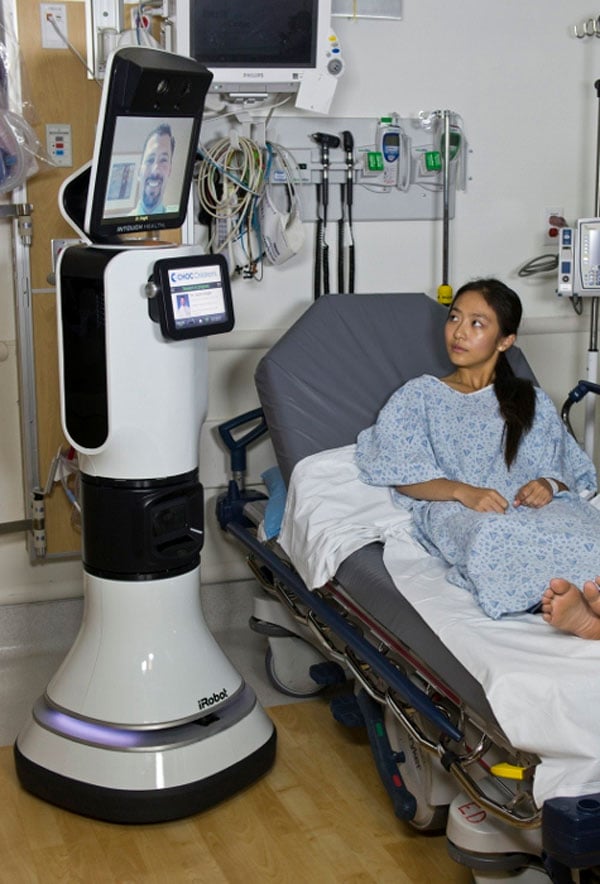 Developed by iRobot and InTouch Health, the robot is a telepresence device that stands about as tall as your typical human. It’s fitted with dual screens, a video camera, Wi-Fi and other sensors and even has its own stethoscope allowing doctors to perform patient examinations remotely. It uses an iPad to control communications, and the robot is able to use sensors to map its environment and navigate autonomously.

iRobot has announced that the RP-VITA has now been approved by the FDA to be used for active patient monitoring in pre-operative, peri-operative, and post-surgical settings. It can work in several areas of the hospital including cardiovascular, neurological, prenatal, psychological, and critical care. These robots are far from cheap and are estimated to cost as much as $4000 per month to purchase and operate, but that still could represent a significant cost savings by allowing doctors to check in on more patients and more frequently.