Portal gun replicas are usually quite expensive. But with a bit of cardboard and creativity, you too can make a neat gun and get the science done. And that’s no lie. Just look at what deviantART member svanced was able to achieve: 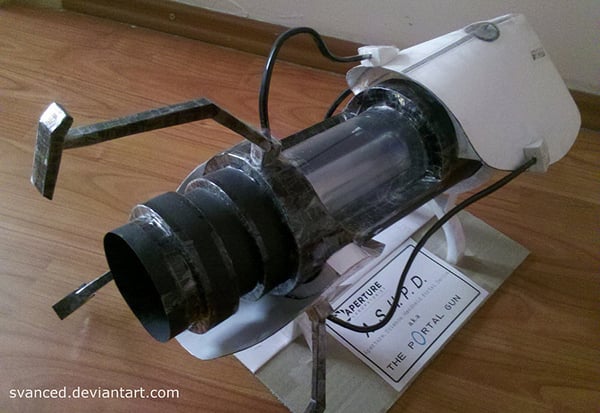 As you’ll hear in the video below, svanced made the gun using black and white cardboard, a few pieces of black cable, transparent duct tape – although it looks like scotch tape to me – transparent plastic and a couple of blue LEDs, one from a flashlight and one from a lighter. All in all it cost svanced about $10 (USD) in materials and about 60 hours of work.

So test subject, ready to make your own Portal gun? You can watch the guide that Svanced used on Indy Mogul’s YouTube channel.