In the market for a serious portable gaming machine? While you might have your eyes set on Nvidia’s upcoming Project Shield, here’s a very capable system you can buy right now. The JXD S7300 HD Gamepad2 is a power-packed portable that’s ideal for playing both retro emulated games and today’s latest Android titles. 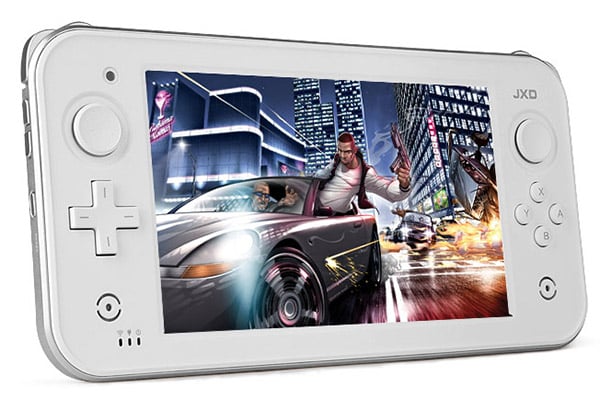 The just-released Android 4.1.1-based handheld offers dual, true analog sticks, a real D-pad, dual shoulder buttons, Start, Select and ABXY face buttons, so it’s perfect for controlling just about any game you can throw at it. It’s got an ample 7-inch 1024×600 display, which also supports 5-finger multitouch. It’s also got the requisite 3-axis motion sensors for games that depend on those controls. It includes software for mapping buttons and joysticks to your Android touchscreen games as well. Dimensions for the handheld are 9.5″(W) x 4.77″(H) x 0.56″(D) – about the size (but not the thickness) of the Wii U GamePad, and it weighs 0.90 pounds – about mid-way between the weight of an iPad Mini and an iPad 4. 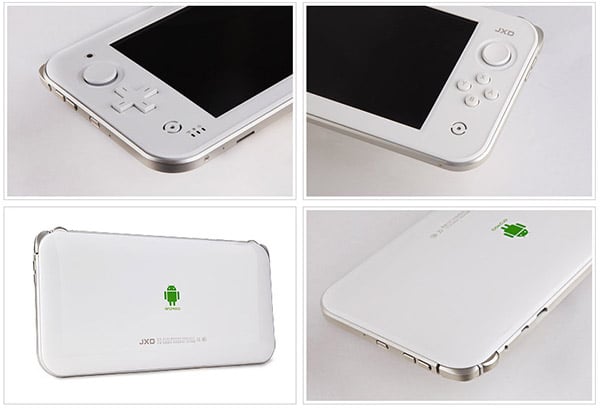 It comes pre-loaded with full-speed emulators for the original Sony PlayStation, Neo-Geo, Nintendo 64, Game Boy Advance, NES (Famicom), Super Nintendo (Super Famicom), Sega Genesis (Mega Drive), and Capcom CPS1/CPS2 systems. But since it’s running Android, it’s easy to add more emulators, like MAME4droid. It even comes with Superuser pre-installed, so you can root the system in seconds and install pretty much anything you want on it. 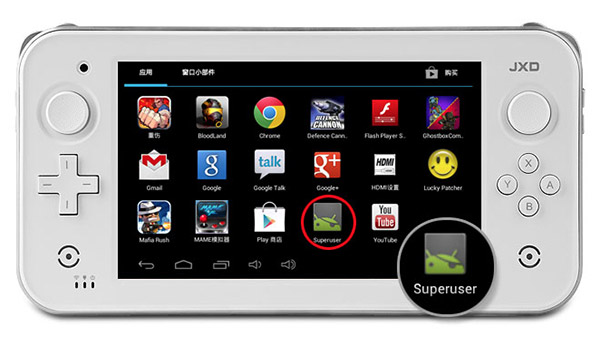 Under the hood is an Amlogic MX dual-core chipset (Cortex A9 CPU, ARM mali400 GPU), running at 1.5GHz, and 1GB of system RAM. Connectivity is 802.11b/g/n Wi-Fi, and “external connection to Ethernet and 3G” whatever that means – presumably via its USB 2.0 port. It’s unclear if it supports Bluetooth though. And while it can’t wirelessly send content to your HDTV, it does have an HDMI output, so you can mirror its display to your big screen in full 1080p resolution. It’s even got a small 0.3MP user-facing camera for video chats, and true stereo speakers. You can check out all the detailed system info below (the 976×600 screen resolution reported is because AnTuTu doesn’t take into account the height of the title bar.) 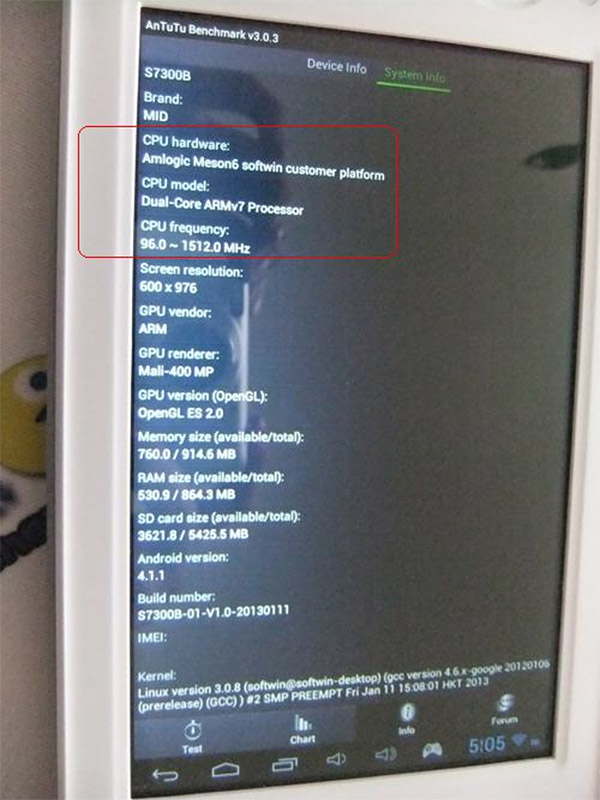 And if you’d like to play something more modern, how about Shadowgun – with physical joysticks and buttons?

The guys over at WillGoo are now stocking the JXD S7300, where it sells for $165.99(USD), or you can grab a bundle with a 32GB SD card for $186.99. Currently, the white model is sold out, but you can still get one in black (though it has a textured finish unlike the white one.) You can also pick up a pair of them for just $299.99, which might be cool since the system supports local Wi-Fi multiplayer.

Seems like this thing is pretty loaded for the price, never mind the fact that it works as a full Android Jelly Bean device, complete with web browsing, media playback, apps, etc. If you decide to buy one, there’s already a good discussion board for the JXD S7300 going on over at Dingoonity, so you can find out the scoop from others who have purchased or who are interested in the handheld.