Google made a lot of people excited about the future when the company showed off a concept video for the Project Glass computer. A month after that, a some of us wet our already wet pants some more when the Leap controller was unveiled. And now we have the Meta, which as far as I can tell is a combination of those two products. 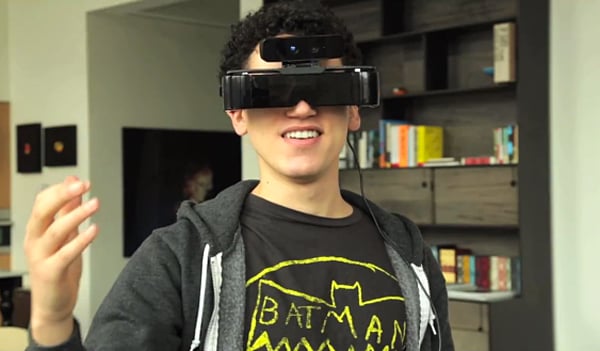 According to its press release[PDF], Meta was founded by Meron Gribetz in December 2012 with help from Columbia University Professor Steven Feiner, a computer scientist who specializes in wearable computing, 3D user interfaces and augmented reality, among other things. Most of the company’s 15 employees are also from Columbia University, including Gribetz himself. Whereas Google seems to prefer the use of voice commands for their wearable computer, Meta is putting its money on gesture control, hence the need for a 3D camera.

Like Google, Meta has yet to reveal concrete details about their product. So which future would you rather have? The one where everyone’s talking to the air or the one where we’re all waggling our arms about? Just kidding. The future will obviously contain a lot of both. And people bumping into things.

[via Meta via Geeky Gadgets]