Make Way For Velopresso, the Coffee Shop on Wheels

Coffee shops make it easier to grab some of your favorite brew on the go by setting up drive-thru windows. But why should you go there to get your coffee, when you can make the coffee (sort of) come to you ? The answer is, you shouldn’t. 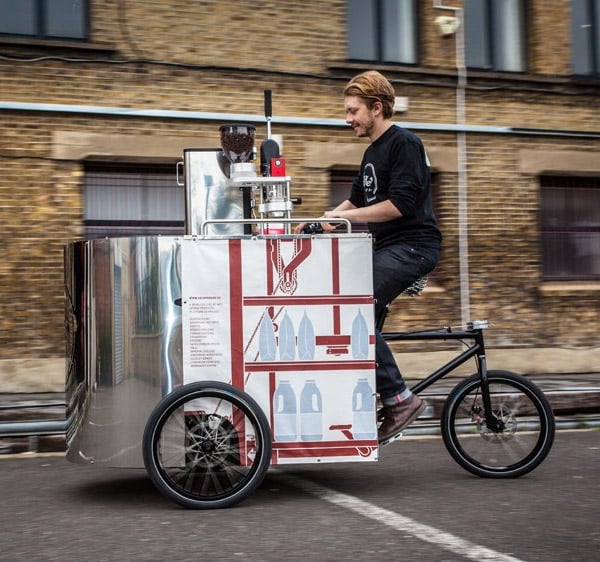 Velopresso is a mobile coffee-making machine that’s driven by pedal power. I think you can say that it is basically a coffee shop on wheels. Think of them as baristas on bikes – or more accurately, baristas on trikes. Velopresso won’t be able to serve you any waffles or sandwiches at this point, but it’s all geared up to serve you a hot cup of latte, espresso, or cappuccino, thanks to its gas-powered espresso machine and pedal-driven burr grinder. 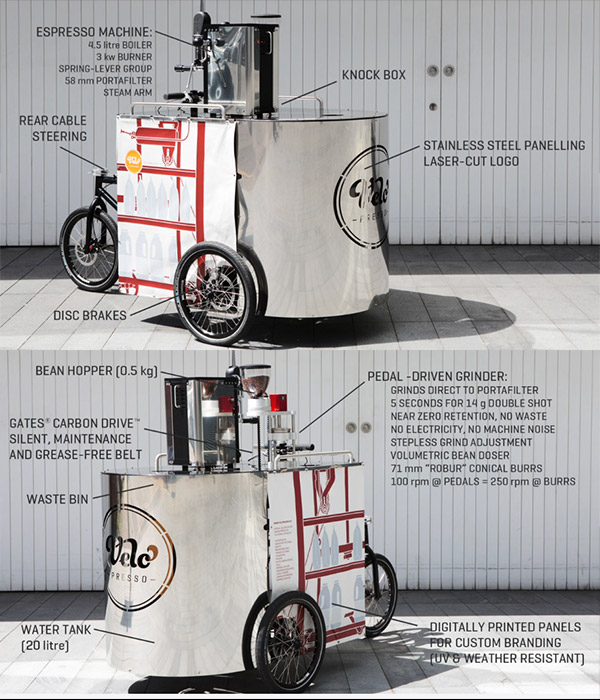 It was designed by Royal College of Art graduates Amos Field Reid and Lasse Oiva, and has been honored with a design award from the Deutsche Bank and has placed second in a competition hosted by prestigious Italian design house Pininfarina.

Since Velopresso is still on its prototype stages, you might have to wait a while for your cup of Joe. Its makers expect to start taking pre-orders for the production version in early Summer 2013.

[via Inhabitat via Gizmag]