DARPA Wants Electronics That Melt into the Environment on Command

DARPA is looking for input from companies in the electronics industry, researchers, and other interested parties on technology that sounds like something out of a Mission Impossible movie. No, they don’t want exploding sunglasses or anything like that. The research group is looking for electronics that are able to disappear into the environment by dissolving on command. 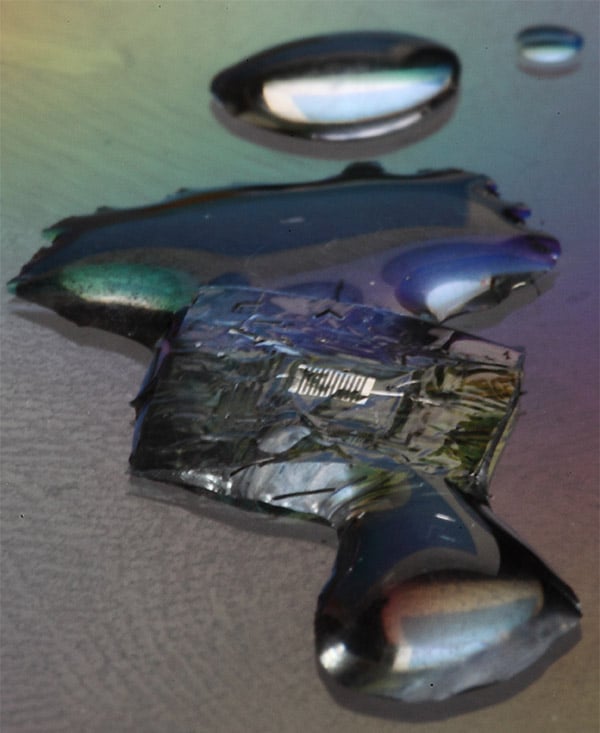 According to DARPA, after a military battle it’s not uncommon for key electronic devices to be left lying on the battlefield. The fear is that these devices could be picked up by the enemy and repurposed or used to glean intelligence that could harm the United States, its soldiers and allies. DARPA is seeking input on a way to develop electronics that could simply dissolve into the environment on command.

The program is called Vanishing Programmable Resources VAPR. DARPA has issued a special announcement for a Proposers Day could be held before a full solicitation. Participants are asked to conduct basic research into materials, devices, manufacturing, and integration processes as well as design methodology to develop electronics such as an environmental and biomedical sensor that can communicate with a remote user. The key aspect of this is for the electronics to be able to dissolve into an unusable state on command. Last year, researchers showed of self-dissolving electronic circuits which melt after a pre-set amount of time, but offered no on-demand triggering mechanism.

“Commercial off-the-shelf, or COTS, electronics made for everyday purchases are durable and last nearly forever,” said Alicia Jackson, DARPA program manager. “DARPA is looking for a way to make electronics that last precisely as long as they are needed. The breakdown of such devices could be triggered by a signal sent from command or any number of possible environmental conditions, such as temperature.”